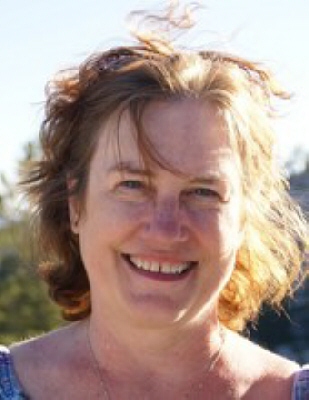 Audrey L. (Stone) Roper, 60, passed away Monday, January 16, 2017 at her home in Edmonds, WA, with her husband at her side.
She was born December 15, 1956 in Hamilton, NY, a daughter of Anne (Storrer) and Richard Stone. Audrey grew up in the Poolville, NY area, graduating from Sherburne-Earlville Central School in 1975, SUNY Morrisville in 1977, and attending SUNY Cortland before beginning her life’s work in banking and finance. After residing and working in Tampa, FL for several years, she transferred with Merrill Lynch to Seattle, WA before joining Morgan Stanley-Smith Barney with her work team. Having her broker’s license, she was Senior Administrative Assistant to the Endeavor Group, a position she held at the time of her death.
On March 29, 2006, Audrey married Darren L. Roper, the love of her life, in Las Vegas, NV.
She is survived by her husband, Darren of Edmonds, WA; mother, Anne Pounds of Hamilton, NY; sister Kelly Abbott (aka Cheryl Stone) of Latham, NY; aunt Betty Webber of Stow, OH; uncle, Kenneth Storrer of Eaton,NY; and several cousins, as well as her husband’s family. She was predeceased by her father, Richard Stone; step-father, James Pounds; special uncle Travis Webber; and special cousin, Trav Webber.
At Audrey’s request, there are no services.
Burial will be private in the Poolville Cemetery at the convenience of her family.
Her family wishes to express their gratitude for the prayers and support of so many.
Contributions in Audrey's memory may be made to a charity of one's choice.
Arrangements have been entrusted to Burgess & Tedesco Funeral Home, 25 Broad St., Hamilton, NY.

To order memorial trees or send flowers to the family in memory of Audrey L. Roper, please visit our flower store.