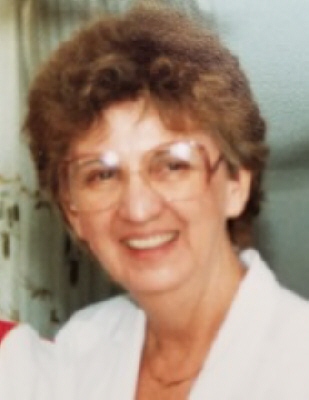 Barbara Anne Ryberg, 89, of Carlisle, PA, formerly of Earlville, NY, passed away Tuesday March 31, 2020 at the Thornwald Home, Carlisle, PA.
She was born in the Town of Ohio, NY on August 28, 1930, a daughter of the late Ivan and Louise Whitmore Nightingale and graduated from Oxford Academy Central High School. On August 7, 1948 in the United Methodist Church, McDonough, NY she was united in marriage to Charles Frederick Ryberg. He predeceased her on July 11, 2006. Barbara was employed by Balch’s Department Store, Sherburne, NY and Church of God, Newport Ritchey, FL. She was a devout Christian and helped establish and was an active member the Assembly of God Church, Earlville, NY.
Surviving are her daughter; Sigrid Ryberg of Mechanicsburg, PA, a son and daughter-in-law; David and Sharon Ryberg of Shermans Dale, PA; her grandson and his wife, Erik and Dianne Ryberg of Liverpool, PA and great grandchildren, Kristen, Garron, Molly, Carli and Violet and several nieces and nephews. She was predeceased by three sisters, an infant sister Sharon, Norma Rodriguez and Esther Deuel.
Due to recent health concerns and regulations, the family has chosen to delay any arrangements at this time.
Interment will be held in the Earlville Cemetery, Earlville, at a later date.
Contributions in Barbara’s memory may be made to the Alzheimer’s Foundation of America. ALZFDN.org
Arrangements have been entrusted to Burgess & Tedesco Funeral Home, 3 Preston St., Earlville, NY.
To order memorial trees or send flowers to the family in memory of Barbara Anne Ryberg, please visit our flower store.