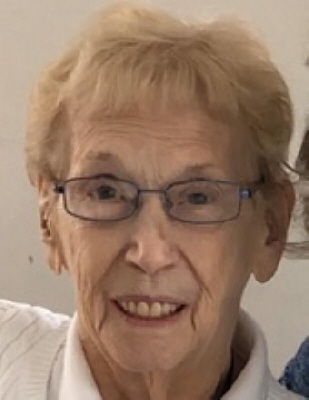 ONEIDA: Beulah M. Reed, 88, of Oneida, passed away Monday, May 3, 2021 at the Oneida Healthcare Extended Care Facility.
She was born on May 21, 1932 in Lebanon, NY, a daughter of Ralph L. and Marion R. Cominitsky Reed and was a graduate of Oneida High School in 1950. Beulah married Robert V.L. Marshall, and later married Edward J. Kipp. She had been a home healthcare aide from 1994 until retiring in 2000. Previously, she had pursued several occupations including Manager of the Point Restaurant in Munnsville, secretary for Rick’s Rags in Canastota; secretary for the Madison-Cortland ARC for 9 years and for the Post Standard newspaper in the Oneida office. She had also worked for several area restaurants over the years. She enjoyed camping at the Lebanon Reservoir for many years and spending time with her family and friends. She served as President of the Association for the Oneida Towers I for several years.
Surviving are her children, Fredrick and Nellie Marshall of Eaton; Mark Marshall of Oneida; Deborah Marshall of Oneida; Beth and Michael O’Herien of Oneida; daughter-in-law, Peggy Marshall of Homosassa, FL; son-in-law, Nelson Schmidka of Oneida; sisters, Mary Jane Clark of Morrisville; Dorothy Curtis of Munnsville; Linda Warner of Oneida; Joan Eddy of Clockville and Joyce Havener of Vernon; several grandchildren, great-grandchildren and great-great-grandchildren; many nieces and nephews. She was predeceased by two sons, Robert and William Marshall, a daughter, Rose Schmidka; a brother, Ralph G. Reed, and a sister, Jean Reed.
A Celebration of Beulah’s life will be held at a later date
Interment will be private at the convenience of her family.
Contributions in her memory may be made to the American Cancer Society, www.cancer.org; the Scleroderma Association, www.scleroderma.org; or ARC of Madison/Cortland, 701 Lenox Ave., Oneida, NY 13421.
Arrangements have been entrusted to Burgess & Tedesco Funeral Home, 31 Cedar St., Morrisville, NY.
To send a condolence and sign the Book of Memories online go to www.burgessandtedescofuneralhomes.com.
To order memorial trees or send flowers to the family in memory of Beulah M. Reed, please visit our flower store.