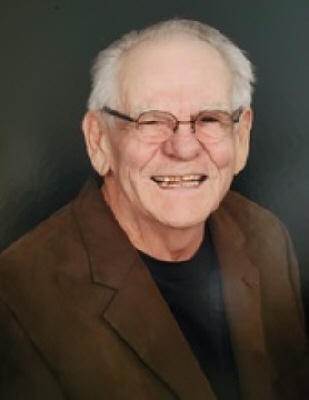 Brendan Patrick Dominick O’Sullivan, 89, of Waterville, New York, passed away peacefully on Friday morning April 23rd, 2021 with family at his side. Brendan “Pat” was born in Fordham Hospital in the Bronx on November 13th, 1931. Son of Irish immigrants, his father was Patrick Joseph O’Sullivan, of Tournafulla, County Limerick, Ireland, his mother was Bridget Mary Horgan of Killorglin, County Kerry, Ireland. Pat was raised as an only child after a brother he never knew died in infancy. Pat was immensely proud of his Irish heritage and his Roman Catholic faith, where he was a member of the St. Bernard’s Church in Waterville for many years.
Pat leaves behind a large, loving family - his wife of 40 years, Cindy Sullivan; his seven children and their spouses, Mary Theresa, John Patrick (Debra Roback), Maureen Judith (Peter Tonetti), Kathleen Anne (John Tonetti), Michael Thomas, David Brian (Kim Loucks), and Colleen Marie (William Marris); his stepson Russell Clements; nineteen grandchildren and twenty-one great-grandchildren. He was predeceased by an infant grandson, an infant great-grandson, and his nephew and Godchild Eddie.
Pat loved to tell stories of his youth, of growing up in the Bronx, of his elementary school days at St. Claire’s Boarding School in Hastings, New York, and of his teen years back in the Bronx. After graduating from All Hallows High School in the Bronx in 1948, Pat applied to SUNY Long Island Agricultural and Technical Institute at Farmingdale where he earned an Associate in Applied Science degree in Agriculture in 1951. A condition of graduation was to work on a farm which he did in Munnsville NY. It was there that Pat met his first wife Helen June Gates. They were married on January 26, 1952. Together they raised their seven children on the farm they called Stony Kill outside of Waterville, New York. Pat ran a dairy and poultry farm for twenty years. Never forgetting his days in the Bronx, for many years Pat and Helen welcomed “city” kids to their home through the Fresh Air Fund.
After leaving farming, Pat owned and ran the Waterville Hotel for several years with his wife Cindy. Always eager for an adventure, Pat and Cindy sold the hotel and moved to Georgia where Pat continued to perfect his entrepreneurial skills by working in the concrete and machinery businesses, buying, and selling antiques, and driving school bus for elementary school kids. While in Georgia, Pat and Cindy enjoyed traveling and spending time with their many friends. In 2015, Pat and Cindy moved back to Waterville to be closer to family.
Pat will be greatly missed by his wife Cindy, his children and their spouses, his stepson, his grandchildren and great-grandchildren, his nieces, nephews, and their families, his Sullivan and Horgan cousins and their families in Ireland, and the many friends and neighbors he made over his lifetime.
The family of Brendan Patrick Sullivan would like to extend special thanks to the many dedicated medical workers at the Community Memorial Hospital in Hamilton NY and the Waterville Residential Care Center in Waterville NY for the exemplary care and kindnesses extended to him during his final weeks.
A Mass of Christian Burial will be Celebrated on Tuesday, April 27, 2021 at 10:30 am from St. Bernard’s Roman Catholic Church, 199 Stafford Ave. South, Waterville, NY 13480. Interment will follow in St. Bernard’s Parish Cemetery. Friends are invited and may call on Monday from 4 to 6 pm at the Burgess & Tedesco Funeral Home, 210 East Main St., Waterville, NY 13480. Face masks are required, as well as social distancing.