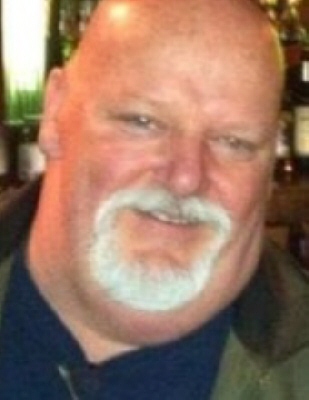 WATERVILLE: Brian Neal Tehan, 63, passed away on May 3, 2021 after a valiant fight against pancreatic cancer at Winter Haven Hospital in Florida where he spent his winter.
Brian was born April 20, 1958 in Ilion, NY, a son of the late Howard Bruce and Betty Jane Tehan. He was raised in West Winfield and attended Mt. Markham schools. Brian received his GED prior to serving in the U.S. Army from 1975 until his honorable discharge in 1978. He married and divorced Carol Tilbe and had three children, Jason, Sabrina and Nick. On June 8, 2002, Brian married Dawn Marie Penner who had a son, Darin.
Brian had many different jobs including working for the carnival as a kid, Canada Dry, Cheseboro Ponds, Kelsey-Hayes and a long employment at Kerry Bioscience in Norwich where he retired from in 2019.
He enjoyed his two dogs Dawbri and Nora, antique cars, riding his Harley and hanging with his friends. Brian was passionate about being a Vietnam veteran and fully supported the American Legion.
Surviving are his wife, Dawn; his children, Jason and Donna Tehan of Sherburne; Sabrina and Dan Wakefield of Oxford; Nick Tehan and Leanna Brown of Hubbardsville; step-son, Darin Penner and Shelby Haugh of Brookfield; grandchildren, Tyler, Austin, Dakota, Kirin, Brienna, Wade and Aubrey; great-grandchildren, Linkin and Axyl; sisters, Sherry Ostrander of Richfield Springs; Dawna and Jack Johnson of Newport; Jane Pope and Bob of Ilion; Cindy and Al Masten of Florida; Maureen Tehan of New York Mills; Patty and Keith Roach of Cleveland, NY; brothers, Howard and Diann Tehan of Waterville and Tim Tehan of Cedarville; many nieces, nephews and cousins. He was predeceased by his brother-in-law, Herb Ostrander and his sister, Virginia Guyer.
Calling hours will be held on May 22, 2021 from 12:00 to 3:00 pm at the Burgess & Tedesco Funeral Home, 210 E. Main St., Waterville, then graveside services with military honors directly afterward at St. Bernard’s Cemetery, Waterville.
To send a condolence and sign the Book of Memories online go to www.burgessandtedescofuneralhomes.com

To view the live stream, please click the following link: https://my.gather.app/remember/brian-tehan
To order memorial trees or send flowers to the family in memory of Brian N. Tehan, please visit our flower store.