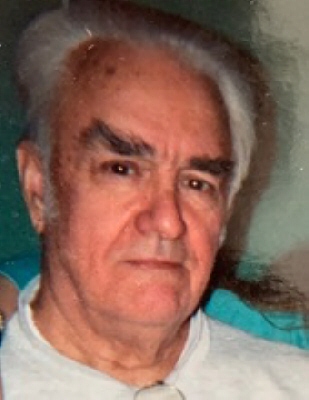 Burton W. ”Burt” Matott, 91, of Shawler Brook Rd., Sherburne, NY, passed away Saturday, February 22, 2020 at the Norwich Rehabilitation and Nursing Center.
He was born October 2, 1928 in the Town of Champlain, NY, a son of Ralph M. and Doris Turnbull Matott and was a graduate of Mooers High School. He was a veteran of the U.S. Army having served in WWII and the Korean Conflict. On May 13, 1951, Burt married the former Teresa M. Hayden in Canton, NY. From 1962 until retiring, Burt owned and operated his recreational sales and service company, Burton W. Matott, Inc. in Sherburne. He had also been an artificial inseminator from 1950 to 1968.
Burt is survived by his wife, Teresa; his children, Burton W., Jr. “Moose” and Doris Matott of Norwich; James and Maria Matott, Mark and Tammy Matott, all of North Norwich; sisters, Alaine McGill, Elaine Terry and Thelma Matott, all of Canton; sister-in-law, Elaine Matott of Canton; grandchildren, Kacie, Stacey, Mary, Jackie, Dalton, Garrett, Gina, Anthony, Megan (Mat) and Sarah (Seohee); great-grandchildren, Tyler, Zoey, Kirby, Koda, James and Amber; and many nieces and nephews. He was predeceased by a son, Larry D. Matott in 2007; brothers, Lloyd, Leland, Owen and Clinton Matott; sisters, Joyce Durham and Wilma Matott.
Friends are invited to call at the Burgess & Tedesco Funeral Home, 10 S. Main St., Sherburne on Thursday, February 27, 2020 from 5-8pm.
Interment with military honors will be private at the convenience of the family in the spring.
In lieu of flowers, contributions in his memory may be made to the Sherburne Fire Department, PO Box 575, Sherburne, NY 13460.
To order memorial trees or send flowers to the family in memory of Burton W. Matott, please visit our flower store.