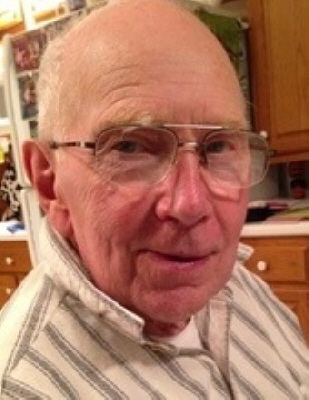 Carl Harry Gronlund Sr. passed away on December 22, 2020 at Crouse Community Center from COVID-19. Harry was born in Brooklyn, NY on December 29, 1935. Harry met the love of his life, Carolyn J. Pottok, in Franklin Square, NY in 1953 and they married on January 4, 1958. They started their married life in Key West, Florida, where Harry was stationed as a Navy Radarman. After being honorably discharged in 1959, Harry and Carolyn moved back to Franklin Square. Harry held multiple jobs before his employment at LILCO from 1965 through 1976. Harry and Carolyn took a leap of faith in 1976, when Harry left his job at LILCO and moved his family from Long Island to Hubbardsville, NY. Carolyn and Harry bought an 1857 farmhouse, which they gutted and renovated. Harry started a small business, Yellow House Electronics, and also worked as a Security Guard at Colgate University in Hamilton, NY. Harry’s business venture was short-lived, primarily due to his kind heart and tendency to minimally charge customers for his services. Harry obtained a job at Frontier Communications in 1977 where he remained until his retirement.
In 1989, Carolyn and Harry bought 29 acres of land in West Edmeston. They built their own home from the ground up, primarily with the help of their son Steve, and with assistance from son Carl and longtime friends Betty & Rich. They spent many happy years there, often entertaining their grandchildren with walks in the woods to the infamous dinosaur rock, collecting newts, and “deer hunting” (which consisted of counting the number of deer found on their nightly drive).
After retiring, Harry enjoyed gardening, spending time with his family and taking a cross-country road trip with Carolyn in 2006.
Harry was a devout Lutheran and active in St. John’s Lutheran Church in Holbrook from 1959 to 1976, where he and Carolyn met lifelong friends, Gladys & Fred and Betty & Rich. When they moved to West Edmeston, they became members of St. John’s Lutheran Church in West Burlington, making new friends.
One of the most endearing qualities of Harry’s was his good-natured and light-hearted sense of humor. Harry was also an avid NY Giants fan, lover of good old country music, and a proud and patriotic American.
Harry leaves behind his wife of 62 years, Carolyn, his daughter Linda Wallace (Scott) of Lewisburg, TN, son Carl Gronlund (Catherine) of Hamilton, NY, and son Steven Gronlund (Anna) of Hubbardsville, NY along with seven grandchildren, Elizabeth, Alexandra, Morgan, William, Abbey (Camden), Ally and Alyssa and one great-grandson, Reed. Additionally, Harry leaves his favorite sister-in-law, Diane Craven; Craven nephews, Tom (Francine), Mike (Diana), Pat, Dan, Terry (Sabrina); Lundquist nephews and niece, Kurt (Peggy), Gail, and Lance (Suzanne), and also many great-nieces and nephews. He was predeceased by his parents, Elvi and Carl Gronlund; sisters, Doris Lundquist and Greta Just; brothers-in-law, Harold Lundquist and Tom Craven Sr., and dear friend Fred Kuehl.
There will be no calling hours. A service will be held at Burgess & Tedesco Funeral Home, 25 Broad St., Hamilton, NY for immediate family only. A service and burial will be scheduled for this coming spring and all family and friends will be welcome.
Special thanks to the incredible staff at Crouse Community Center in Morrisville, NY, who lovingly cared for Harry for just under four years. Heartfelt thanks to all the activities gals, who FaceTimed with Harry and Carolyn since the beginning of April, allowing them the opportunity to maintain their loving connection during the COVID-19 lockdown. Additional thanks to the activities departments’ programs that brought smiles to Crouse residents day after day. Harry especially enjoyed the music, which he and fellow residents often sang along with. The joy these programs and people provide is very special.
Family requests that in lieu of flowers, donations be made to: Crouse Community Center (Morrisville, NY; 315-684-9595; www.crousecommunity.com/support)
To order memorial trees or send flowers to the family in memory of Carl Harry Gronlund, please visit our flower store.