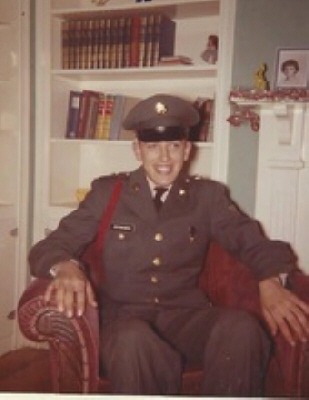 Chester A. Zbydniewski, 78, formerly of Sherburne, NY and since 2015, a resident of the NYS Home for Veterans in Oxford, NY, passed away December 25, 2020 at Wilson Regional Medical Center in Johnson City, NY.
He was born on July 15, 1942 in Brooklyn, NY, a son of Chester R. and Sophie Han Zbydniewski. He received his education in Brooklyn and Salt Lake City, UT schools and attended the Morrisville College Extension in Norwich. He was a veteran of the U.S. Army, having served from 1960 until his honorable discharge in 1966. He had been stationed in Vietnam, Germany and Okinawa. Chester had been married to the former Patricia Moran. He was a commercial loan adjustor for Marine Midland Bank in Syracuse until retiring in 1993.
He is survived by Gina Trask, who was like a daughter to him, a son, David J. (Deb) Zbydniewski; grandchildren, Aaron and Christopher Zbydniewski; a sister, Mary Ann Fisher; brother, John (Kathy) Zbydniewski; his best friend Arlo Truax and several nieces and nephews. He was predeceased by his parents and a sister, Irene Wetzel.
A Mass of Christian Burial will be celebrated at 11am Wednesday, December 30, at St. Malachy’s Church, E. State St., Sherburne.
Interment with military honors will be in St. Malachy’s Cemetery in the spring.
Contributions in his memory may be made to St. Malachy’s Church, PO Box 722, Sherburne, NY 13460.
Arrangements have been entrusted to Burgess & Tedesco Funeral Home, 10 S. Main St., Sherburne.
To order memorial trees or send flowers to the family in memory of Chester A. Zbydniewski, please visit our flower store.