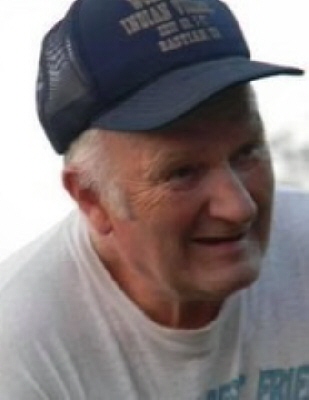 SHERBURNE: Dale L. Goodrich, 77, of Sherburne passed away on April 8, 2021, as he wished, in the same house he was born in on August 14, 1943.
Dale spent his whole life on the farm, first living with his grandmother, and uncle and aunt, his sister, Beverly, and his parents, Leroy and Violet (Pinckney) Goodrich. Dale grew up milking the cows and taking care of various other animals over the years. He attended Cornell Agriculture program, then returned home to continue farming. He always enjoyed spending time with his nieces and nephews and playing pranks on them when they visited. Dale left a lasting impression on one nephew, Eddie, who later came back to farm with him and eventually took over the farm when Dale retired in 2008. It broke Dale’s heart to see the cows sold in 2019, but he left this earth knowing that his great-nephew, Ed, is keeping the farm going by baling and selling hay and making maple syrup. The farm received the 25-year Super Milk award.
Dale had been involved in the Chenango County 4-H, the Sherburne Grange, Farm Bureau and Agway. During his years at Sherburne High School, he played baseball, ran cross-country track and was active in the FFA.
Dale was well-known and loved by many. He could be tough on those he loved and wanted to keep safe. He had some very strong opinions, but he also had a heart of gold. He was known for stopping at the bank or pharmacy just to give the employees flowers he picked from around the farm. Neighbors and family were often recipients of his gifts of flowers, fudge and candied black walnuts as well.
Dale was predeceased by his parents, Leroy and Violet Goodrich. He is survived by his sister, Beverly Geier; nieces and nephews, John Geier, Pam Sanders, Edward and Lori Geier, Andrea and Rob Baptie and Steven Geier; 13 great-nieces and nephews and 15 great-great-nieces and nephews.
In keeping with his wishes, there are no services or calling hours.
Contributions in his memory may be made to the Sherburne Fire Department, PO Box 575, Sherburne, NY 13460.
Arrangements have been entrusted to Burgess & Tedesco Funeral Home, 10 S. Main St., Sherburne.
To send a condolence and sign the Book of Memories online go to www.burgessandtedescofuneralhomes.com
To order memorial trees or send flowers to the family in memory of Dale L. Goodrich, please visit our flower store.