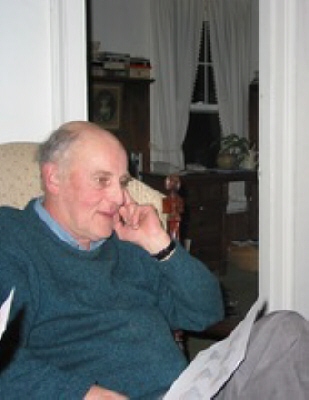 David R. “Dave” McKay, 87, of Hamilton, NY, passed away Tuesday, July 14, 2020 at the Crouse Community Center in Morrisville.
He was born on April 5, 1933 in Albany, NY and graduated from Albany High School and the State University at Albany. He proudly served in the U.S. Army and was an educator for more than 35 years in the Fleischmanns, Hamilton, Whitesboro and Oneida schools.
Dave was very active in the community, serving as President of the Hamilton Lions Club and the Hamilton Boosters Club. He served 26 years on the Hamilton Central School Board and was on the Board of the Hamilton Recreation Commission. He was also a charter board member of the Madison County Legal Defense Bureau and of the Madison County Early Release Program. He was a long-time volunteer and board member of the Hamilton Food Cupboard and of the Madison County Retired Teachers’ Association. He had also served on the Board of the Lake Moraine Association and was an active member of St. Thomas’ Church. Dave was proud to have worked on the “Chain Gang” for Colgate football for 40 years.
On January 22, 1955, Dave married Beverly Gustafson in Jamestown, NY. In addition to Beverly, he is survived by his children and their spouses: Mark (Patricia) McKay of Albany; Karen (Mike) Burns of Watertown; Anne (Jay Johnson) McKay of Detroit Lakes, MN; Kirk (Anne) McKay of Silver Spring, MD. He is also survived by grandchildren, Meghan McKay and Kelly McKay, Brittany Burns Griffin, Greg Burns, Thressa and Montana Johnson; and a sister, Carole Luther of Albany. He was predeceased by his parents, Ken and Isobel McKay and two sisters, Jean McKay Vice and Barbara Barrell.
The burial of Dave’s ashes will be in St. Thomas’ Memorial Garden.
Contributions in his memory may be made to St. Thomas’ Church, 12-1/2 Madison St., Hamilton, NY 13346; or to the Hamilton Food Cupboard, 1 Mill St., Hamilton, NY 13346.
Arrangements have been entrusted to Burgess & Tedesco Funeral Home, 25 Broad St., Hamilton, NY.
To order memorial trees or send flowers to the family in memory of David R. McKay, please visit our flower store.