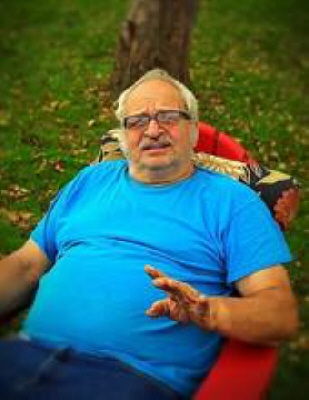 Dean A. Roher 70, of Falls Rd., passed away Thursday June 25, 2020 at his home. He was born in Oneida on September 24, 1949 a son of the late Melvin F. and Lillian M. Stone Roher, Sr., and received his education in Morrisville Eaton Schools. On October 3, 1969 in Earlville he was united in marriage to Dawn Robbins, a union of over 50 years. Dean served in the United States Army from 1969 to 1971 and then served four years in the Reserves. He had been employed by the Frost Farm, Oneida LTD, Marshall Farms and Joe Davis Construction until his retirement. Dean was of the Methodist Faith, a Little League softball coach, and a foster father to many children. He enjoyed fixing and repairing things, not only for his family and himself but others as well. Dean was always ready to help others and would give you the shirt off his back.
Surviving are his wife, Dawn; his children, Dawn "Honey" (Ricky) Stevens of Munnsville, Kenny (Angela) Taylor-Roher of Chittenango, Tammy Taylor (Michelle Diane) of NC, Deanna Roher of Stockbridge; 8 grandchildren and 1 great grandson. Also surviving are his four sisters and two brothers in law, Betty Hilts of Canastota, Jane (Garth) Reid of OR, Nancy (David) Walsh of Rome, Lila Walker of Utica; two brothers and sisters in law, Melvin Roher, Jr., of TN, Thomas (Dawn) Roher of West Winfield, Mary Roher of TN and many nieces, nephews and cousins. He was predeceased by two brothers, Richard Roher in 1978 and Gary Roher in 2018.
Family and friends are invited to attend a graveside service on Wednesday, July 1, 2020 at 11:00 AM at Stockbridge Cemetery, Munnsville, NY
Contributions in Dean’s memory may be made to the Syracuse VA Medical Center, 800 Irving Ave., Syracuse, NY 13210
To order memorial trees or send flowers to the family in memory of Dean A. Roher, please visit our flower store.