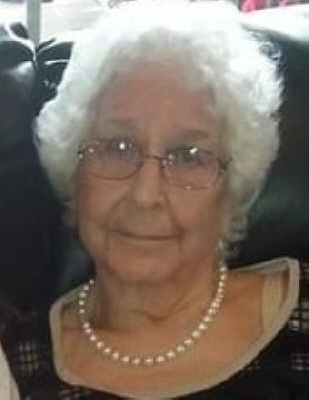 Eunice M. MacKay, 92, of Morrisville, NY passed away Sunday, September 20, 2020 in Hamilton.
She was born September 23, 1927 in Dickinson Center, NY, one of eight children of Arthur and Angie Snyder Wood. She married Howard F. Greenwood on October 13, 1946 in Montrose, PA. Together, they operated a logging business. He predeceased her on December 15, 1983. She married Thomas F. MacKay on August 13, 1988 in the Town of Lebanon who predeceased her on March 4, 2001.
Eunice was a member of St. Mary’s Church in Hamilton.
Surviving are her children, Ronnie and Maryann Greenwood of W. Eaton; Alan and Betty Greenwood of Cold Brook; Delbert Greenwood of Eaton; Paul Greenwood and Frannie Hynes of Earlville; Kenneth and Mary Greenwood of Erieville; Timothy and Beth Greenwood of Hamilton; Sandra Perry of Cold Brook; Dona Greenwood of Oneida; Patricia and Scott Davis of Earlville; 22 grandchildren and 22 great-grandchildren. She was predeceased by her sons, David and Francis and infant son, Dale Greenwood.
Friends may call at the Burgess & Tedesco Funeral Home, 25 Broad St., Hamilton on Wednesday, September 23, 2020 from 5-7pm, followed by a brief prayer service.
A Mass of Christian Burial will be celebrated at 11am Thursday, September 24, at St. Mary’s Church, 1347 Washington St., Brushton, NY 12916, with burial in St. Mary’s Cemetery, Brushton.
To order memorial trees or send flowers to the family in memory of Eunice M. MacKay, please visit our flower store.