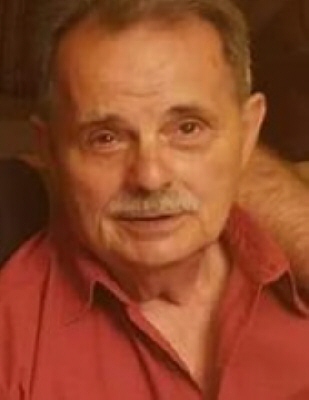 Frank J. “Tyke” Place, 83, of Spruce St., Utica, NY, passed away Monday, November 2, 2020 at his home.
He was born July 22, 1937 in Utica, a son of the late Frank J. and Mayme LaBella Place and was a graduate of Proctor High School. From 1955 until his honorable discharge in 1958, Frank proudly served in the U.S. Navy. On January 9, 1961, Frank was united in marriage to Mary Jane Orlando in Old St. John’s Historic Church in Utica, a loving union of over 59 years. Frank was the second truck driver hired at the local UPS facility where he worked for 35 years until retiring in 1995. He enjoyed going to casino’s, especially Las Vegas and Atlantic City. He also enjoyed watching football. His greatest joy was spending time with his family.
Surviving are his beloved wife, Mary Jane; a daughter and son-in-law, Rene’ and Andre’ Kallay of New Hartford; grandchildren, Kayla and Alex Gonzalez of Utica; Kristopher and Emily Kallay of Rome and their son, Andre’ Joseph who was the light of Frank’s eye; a brother-in-law, Edward A. Pilawa of Chesapeake, VA; sister-in-law, Jenifer Orlando of Utica; nieces and nephews, Lynne (Doug) Jackson, Laurie (Rich) Mumm, all of Chesapeake, VA; Edward (Maria) Pilawa of Las Vegas, NV; Mark Pilawa of Utica; Tracy (Pat) Fiore and Marlo (Frank) Ward, all of Utica; several cousins, including very special cousins, Mary Lou Cotton of Ballston Spa; Marilyn Dovi and Rosann (Ben) Rolchigo, all of Utica; a special friend, Philip DiPerna of NY Mills, who was like a brother to Frank; and several grand nieces and nephews. He was predeceased by a sister, Camille Pilawa and a brother, Nicholas F. Place.
In keeping with Frank’s wishes, there are no calling hours and funeral services will be private. Entombment will be in Calvary Cemetery Mausoleum, Utica.
If wishing to make a contribution in his memory, please consider the Wounded Warrior Project at www.woundedwarriorproject.org; or Stevens Swan Humane Society, 5664 Horatio St., Utica, NY 13502 or at stevens-swan.org
Arrangements have been entrusted to Burgess & Tedesco Funeral Homes, Inc. under the direction of David L. Tedesco.

A Life full of pride, love and devotion.
To order memorial trees or send flowers to the family in memory of Frank J. Place, please visit our flower store.