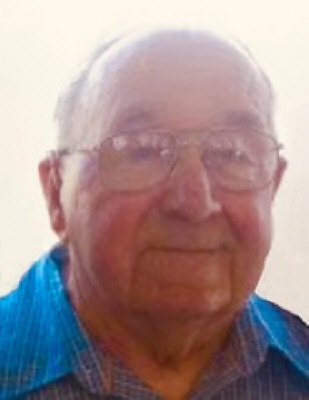 Frederick J. “Fritz” Reilly, 93, of S. Main St., Oriskany Falls, NY, passed away on September 19, 2021 at his home with his family by his side.
He was born on July 1, 1928 in Utica, a son of Cyril R. and Mary Yeckel Reilly, He received his early education in Oriskany Falls schools and received his high school diploma through Morrisville Agricultural and Technical College. On January 15, 1949, he married Lavina M. Tanner in Oriskany Falls, and they shared a loving union of over 72 years. Fred was the Supervisor of the Village of Oriskany Falls until retiring in 1993. He had previously worked at Eastern Rock Products and for his father’s business, Reilly’s Garage. He enjoyed photography, collecting beer steins and coins, and was an avid history buff. He was an excellent mechanic and having coffee at Mario’s was a favorite pastime.
Fred was a communicant of St. Joseph’s Church in Oriskany Falls. He was a former member of the Oriskany Falls Volunteer Fire Department.
Surviving are his beloved wife, Lavina; his son, Edward J. (Karen) Reilly, daughter, Edna J. Kilts, son-in-law, John “Jack” Kilts, all of Oriskany Falls; grandchildren, Daniel (Melissa) Reilly, of Oriskany Falls; Carrie Anne (Nathan) Empie of Skaneateles; Sheila (Damian) Zombek of Deansboro; John Kilts, Jr. of Oriskany Falls; great-grandchildren, Keegan, Braeden and Leah Reilly; Sonja and Ayla Empie; Danielle Zombek (Michael Starwald), Adrianna, Alivia and Sarah Zombek; and Shane Kilts; a great-great-grandson, Archer; sister, Mary Ellen (Marvin) Bordeau of Oriskany Falls; a half sister, Diane Howe of Deansboro and several nieces and nephews. He was predeceased by a sister, Theresa Lemery and brother, Raymond Reilly.
The family would like to thank neighbors, Cathy and Dick Sommers, Marianne Boudreau and Russ Clements.
A Mass of Christian Burial will be celebrated at 11am Thursday, September 23, 2021 at St. Joseph’s Church, Oriskany Falls, followed by interment in St. Joseph’s Cemetery.
There are no calling hours. Please join the family for a Celebration of his life at the American Legion in Oriskany Falls following the service/burial.
Contributions in his memory may be made to Hospice and Palliative Care, 4277 Middle Settlement Rd., New Hartford, NY 13413.
Arrangements have been entrusted to Burgess & Tedesco Funeral Home, 210 E. Main St., Waterville, NY.
To order memorial trees or send flowers to the family in memory of Frederick J. Reilly, please visit our flower store.