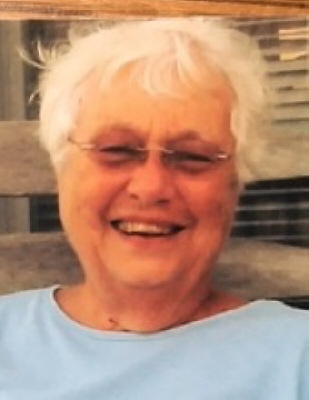 Georgia M. Head, 92, of East Lake Rd. Hamilton, NY, passed away Tuesday, November 17, 2020 at the Waterville Residential Care Center in Waterville, NY.
Georgia was born on June 10, 1928 in Raleigh, NC, daughter of George H. and Leonore Wickersham Mills. She was a graduate of Abbott Academy in Andover, MA, received her Bachelor’s Degree from San Jose State University, California, and her Master’s Degree from Colgate University, Hamilton. Georgia taught Social Studies and Reading at Sherburne-Earlville Central School for 17 years before retiring in 1989. She served as President of the Sherburne-Earlville Teachers Association.
Georgia grew up the daughter of a Naval officer, a lighter than air pilot, which allowed her the opportunity to visit many places around the country and the world. Georgia married Kenneth B. O’Brien in California and they eventually settled in Hamilton, where Dr. O’Brien was employed at Colgate University. Georgia was later married to John Head, also employed at Colgate. Once Georgia retired, she sold her house in Poolville and built a home on Lake Moraine. Many summers were enjoyed there by her family and friends. For many years Georgia also organized yearly trips to the Outer Banks in N.C. where the family gathered and enjoyed the beach and meals together.
After retirement Georgia made several study trips to India with her companion, the late William Skelton, and his Colgate students. She always returned with many interesting items that she collected and gifted to others. She and “Bill” also traveled around the world, visiting many exotic locations. Georgia enjoyed reading, going to the opera with her friends and visiting her children and grandchildren. In her later years, she and her friend of many years, Betty Summers, who preceded her in death, ate all their meals together at various local restaurants.
Over the years she served as President of the Colgate University Women’s Club, President of the Poolville Community Center, was a member of the town of Hamilton Democratic Committee, a member of the town of Hamilton Planning Board, and a member of the planning committee for the Madison County Office of the Aging Fundraising Project in 1996.
Surviving are her children, Kenneth “Wick” (Imrana) O’Brien of Staten Island, Ellen (Dennis “Casey”) Trapp of Hamilton; and Marijon (Erik) Konrad of Bethesda, MD; and grandchildren Yasmine, Nathan and Zara. The family would like to express their deepest gratitude to the Heritage at the Plains at Parrish Homestead Memory Care Unit in Oneonta and the staff at Waterville Residential Care Center. There will be no services or calling hours. Contributions can be made to the Alzheimer's Organization (alz.org).
Arrangements have been entrusted to Burgess & Tedesco Funeral Home, 25 Broad St., Hamilton, NY.
To order memorial trees or send flowers to the family in memory of Georgia M. Head, please visit our flower store.