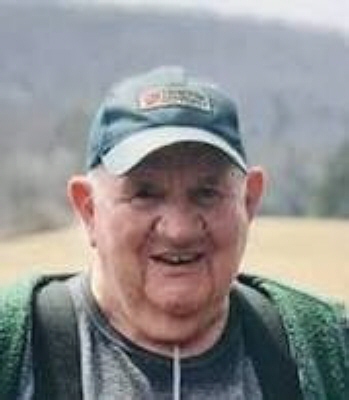 Gerald L. Fleming, 84, of Stowell Rd.Smyrna, passed away Thursday, September 23, 2021 after a long illness at the Norwich Rehabilitation and Nursing Center.
He was born on August 17, 1937 in Sidney, NY a son of Francis and Lina Hatton Fleming. He received his education in Guilford schools. On December 10, 1960, Gerald married the love of his life, Peggy J. Stowell in Smyrna. He was a truck driver and did excavation work most of his life, but enjoyed staying busy with whatever projects needed to be done. He enjoyed his time working for Sherburne Rendering/Utica Veal Company and then finally retired while hauling milk for Riddell Trucking in Smyrna. He was also the owner and operator of his own excavating company in his earlier years which he was very proud of. Gerald was a member of Teamsters Union Local 182 in Utica. He was known by some of his closest friends as “Skunk”, which was his CB radio handle that he used while driving truck. Most of all Gerald was proud of his family. In his down time he enjoyed cutting firewood, fishing, camping, lending a hand with whatever building projects his kids may have had going on, and cherished the times drinking coffee and shooting the “bull“ with his family and friends on the porch.
Surviving are his wife, Peggy; his children, Gene (Janette) Fleming, Alvin (Chris) Fleming, Gary (Nikki) Fleming, Arthur (Jennifer) Fleming, all of Smyrna; a brother, Francis Fleming of TX; and nine grandchildren, Todd, Justin, Brent, Caitlin, Ian, Brad, Troy, Garrett, and Blaine. He was predeceased by twin infant boys, Brent and Brian.
In lieu of flowers, contributions in Gerald’s memory can be made to the Smyrna Fire Department/Emergency Squad.
Funeral services will be held at 2pm Monday, October 18, 2021 at the Burgess & Tedesco Funeral Home, 10 S. Main St., Sherburne, followed by interment in the Willcox Cemetery, Smyrna.
Friends are invited to call at the funeral home on Monday from Noon to 2pm prior to the service.
To send a condolence and sign the Book of Memories online go to www.burgessandtedescofuneralhomes.com
To order memorial trees or send flowers to the family in memory of Gerald L. Fleming, please visit our flower store.