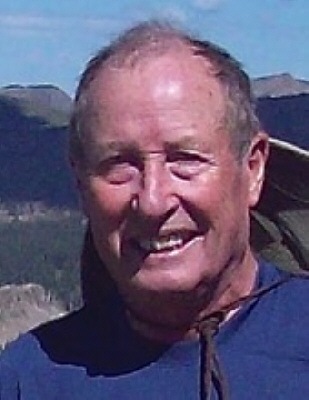 Jürgen Meyer-Wendt, of Hamilton, New York, a longtime Mt. Crested Butte homeowner, died peacefully at home in Hamilton on December 11, 2019, at age 83. He was born on January 23, 1936 in Berlin, Germany, a son of Richard and Hildegard Meyer-Wendt. In 1957 he commenced his German and philosophy studies at the University of Frankfurt, receiving a Ph.D. in modern German philology. On September 18, 1964, in Wiesbaden, Germany, Jürgen married an American secretary, Barbara Watson. In 1967, he immigrated to upstate New York where he taught for a year at Hamilton College, then at Colgate University from 1968 until his retirement as head of Colgate’s German department in 2001. For many years, too, he led student study groups to Europe. He published work on Hofmansthal, Kafka, Emerson, Nietzsche, and Bacon. Among his most notable works was the first German edition of The Souls of Black Folk by W.E.B. Du Bois, which he and his wife had translated. Throughout his retirement, he and Barbara split their time between Hamilton and Crested Butte, and also traveled frequently to Europe. He avidly continued his research ventures, and would often enthusiastically share new personal breakthroughs or insights with others.
Jürgen was devoted to his family and close friends, and genuinely enjoyed preparing family breakfasts, stews or German baked goods. His skills with carpentry and stonemasonry facilitated the complete renovation of the family’s home in Hamilton over the course of several decades, where he also lovingly tended to an extensive vegetable and flowering garden among numerous trees that he planted as saplings. As a man who revered nature, Jürgen enjoyed skiing, hiking, trekking, biking and savoring al fresco meals. Jürgen had a keen appreciation of cultural and artistic expression. As a result, he frequented concerts and museums regularly, and also engaged in architectural, historical and humanitarian knowledge, experiences enhanced by the company of good friends and beloved family members.
Jürgen was preceded in death by his wife of 54 years, Barbara Meyer-Wendt, and his brother Dieter Meyer (Elli). He is survived by his children Maren Meyer-Wendt of Hamilton and Lorian Bartle (Chris) of Colorado and four grandchildren, as well as by his brother Uwe Meyer-Wendt (Brigitte) of Germany, sister Gerlinde Meyer-Wendt of Austria, and many nieces and nephews. In lieu of flowers, the family has requested donations be made to the Chamber Music Society of Utica, Syracuse Friends of Chamber Music or the Aspen Music Festival.
At his request services are private.
Arrangements have been entrusted to Burgess & Tedesco Funeral Home, 25 Broad St., Hamilton, NY.
To order memorial trees or send flowers to the family in memory of H. Jurgen Meyer-Wendt, please visit our flower store.