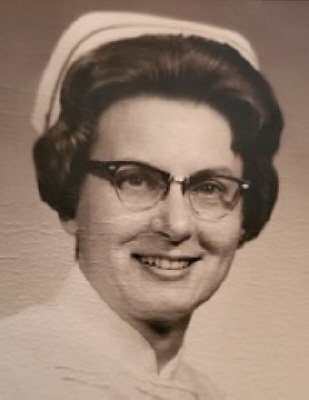 Irene B. Jaquays, 90, of Waterville, NY passed away Wednesday, September 2, 2020 at the Waterville Residential Care Center.
She was born December 4, 1929 in Utica, a daughter of Joseph and Katherine Wieniewski Mazor and was a graduate of Waterville High School. On February 16, 1952, Irene married Kenneth Jaquays in St. Bernard’s Church. He predeceased her on December 26, 2005. Irene was an LPN at the Harding Nursing Home for over 45 years until retiring in 2001. She was a devoted wife, mother and grandmother who enjoyed taking trips to Florida with her family and dining out at restaurants.
Surviving are her children, Kenneth Jaquays, Jr. of Waterville; Barbara (Michael) Gerow of Sherrill; Diane (Myles) Cornish and Janice (Karl) Eisenhut, all of Waterville; 12 grandchildren, 11 great-grandchildren, and soon to be 12; many nieces and nephews. She was predeceased by her sisters, Frances Butrym and Sophie Mazor; and brothers, Charles and Stanley Mazor.
A private Mass of Christian Burial will be celebrated at St. Bernard’s Church in Waterville followed by interment in St. Bernard’s Cemetery.
There are no calling hours.
Contributions in her memory may be made to St. Jude’s Children’s Research Hospital, 501 St. Jude Place, Memphis, TN 38015-9959.
Arrangements have been entrusted to Burgess & Tedesco Funeral Home, 210 E. Main St., Waterville, NY.
To order memorial trees or send flowers to the family in memory of Irene B. Jaquays, please visit our flower store.