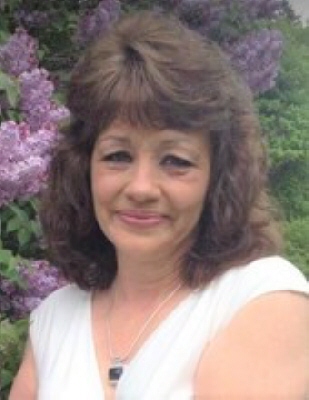 The Honorable Jacqueline M. Warcup, 58, of McAdam St., Oriskany Falls, NY, passed away August 24, 2021 at St. Elizabeth’s Medical Center in Utica.
She was born on March 7, 1963 in Utica, a daughter of the late Robert and Karen Locke Casey and was a graduate of Notre Dame High School. She received a degree in Criminal Justice from Mohawk Valley Community College. On January 20, 1996, Jacqueline married Brian J. Warcup in Westmoreland. She was elected Justice of the Town of Augusta in 2014, serving until her retirement. For over 20 years, she was the court clerk for various courts in the county. She was instrumental in bringing many local Town and Village courts up to date with the current court system program and secured several grants to her court in the Town of Augusta. As justice, she enjoyed officiating at marriages, especially the wedding of her son David and his wife, Elyse. Jacqueline was never without her tic tacs, her phone or her lip gloss, and she loved Dunkin coffee. She especially loved spending time with her grandchildren and made sure that each holiday and birthday were special for everyone. She was a member of the NYS Magistrate’s Association.
Surviving are her husband, Brian; her mother-in law, Elaine Warcup of Barneveld; step-mother, Ellie Casey of Utica; step-father, Jesse Fehr of Deansboro; her children, David and Elyse Giacona of Oriskany; Matthew Giacona of Waterville; Michael Giacona and Margaret Shantal of Oriskany Falls; step-children, Larissa Warcup of Daytona Beach, FL; Kimberly Papa of Whitesboro; her cherished grandchildren, Cassidy, Leanna and Sophia; step-grandchildren, Chloe, Gigi, Arabella and Kayleigh; brothers, Daniel Casey of Tampa, FL and Christopher Fehr of Deansboro; step-sister, Nicole Casey of Utica; sister-in-law, Sandy (Chris) Graves of Remsen; brother-in-law, Thomas (Holly) Warcup of Lee Centerand several nieces, nephews and cousins. She was predeceased by a son Dominick Giacona, a brother, Patrick Casey and a sister, Michelle Casey. She was also predeceased by her faithful companions, Lacey, Tina, Bear and Sadie.
A Mass of Christian Burial will be celebrated at 11am Monday, August 30, from St. Bernard’s Church, 199 Stafford Ave., Waterville, NY, followed by interment in the Deansboro Cemetery. In lieu of flowers, please donate to a local animal shelter in Jackie's memory.
Friends are invited to call at the Burgess & Tedesco Funeral Home 210 E. Main St., Waterville on Sunday from 2-5pm.
To order memorial trees or send flowers to the family in memory of Jacqueline M. Warcup, please visit our flower store.