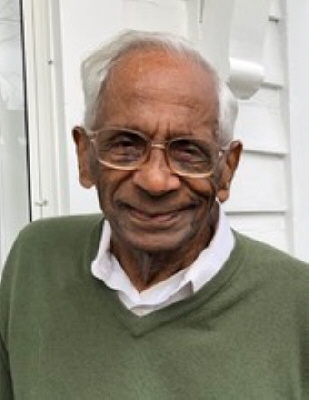 Jagadish Chandran Kaimal was an atmospheric physicist whose research was crucial in developing an understanding of air flow patterns close to the Earth’s surface. Kaimal received multiple awards for his work in the field of atmospheric research. He died peacefully of natural causes at his home in Hamilton, New York on January 25th. He was 90 years old.
Chandran was born to Indian parents in Kuala Lumpur, Malaysia in 1930 and grew up in Kerala, India. After receiving his B.Sc. in Physics and Mathematics at Banaras Hindu University he came to the U.S. and earned a Ph.D. in Meteorology and Electrical Engineering from the University of Washington, where he met his wife, Lorraine Augusta. They had three children and settled in Boston where Chandran began working as a meteorologist for the U.S. Air Force.
In 1975 the family moved to Boulder, where Chandran had a successful career at the National Oceanic Atmospheric Administration (NOAA) where he became director of the new Boulder Atmospheric Observatory (BAO). There he oversaw experiments in turbulence, collaborating with scientists from several countries. In his spare time he enjoyed cooking Indian food and occasionally teaching cooking classes at a local cookware store.
In 1992, Chandran retired at age 61 after publishing over 70 papers and co-authoring a book. He and his wife moved to Hamilton, New York, to live near their daughter, Padma Kaimal, and her family. Padma and her husband, Andrew Rotter, teach at Colgate University; they appreciated the help that grandparents offered to the family with two young children. Life in a small university town suited Chandran and Lorraine very well, and for many years Chandran enjoyed volunteering at the Hamilton Public Library.
Chandran is survived by his wife, Lorraine, children Padma, Narayan and Maya, their spouses, six grandchildren and one great-grandson. He will be remembered for his devotion to his wife and family and his ability to fix almost anything.
Donations can be made online in Chandran’s name to Donate to save lives | Doctors Without Borders or by check to “Friends of the Library,” c/o Hamilton Public Library, 13 Broad St., Hamilton, NY 13346.
To order memorial trees or send flowers to the family in memory of Jagadish Chandran Kaimal, please visit our flower store.