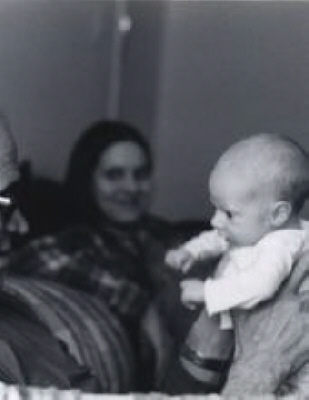 Jerry C. LaPlante, 84, of Madison St., Hamilton, NY, passed away Tuesday, November 17, 2020 at the Waterville Residential Center.
He was born May 18, 1936 in Toledo, OH, a son of Carolus and Elsa Bosse LaPlante. He was a graduate of Toledo schools and received his Bachelor’s degree from the Massachusetts Institute of Technology. He met the love of his life, Eileen Augustyn in 1980 and they married in Dundee, Scotland in 1991. Jerry was a metallurgist who had worked at Williams Gold in Buffalo, NY, the Coining Corp. in NJ, Rautomead in Dundee, and then Sherburne Metals in Sherburne NY until retiring. Jerry had an adventurous spirit, enjoying sky diving, scuba diving, mountain climbing and traveling extensively worldwide. He was a master gardener, an author of several books including a fictional adventure series and was affectionately known as a “Rummy Tiles authority”. He was a loving husband, father and grandfather who cherished his family.
Surviving are his wife, Eileen; his children, David (Hope) LaPlante of Rhinebeck, NY; Robin (Terry) Douglas of Alaska; Malcolm (Toni) LaPlante of FL and NY; Diana (Charlie) Butera of FL; step-daughter, Alicia (Charles) Rencountre-DaSilva of NM; a brother, Carl (Kristin) LaPlante of CA; 9 grandchildren, 3 great-grandchildren; several nieces and nephews. He was predeceased by a brother, Dale.
Jerry’s family will hold a private celebration of his life at a later date.
Arrangements have been entrusted to Burgess & Tedesco Funeral Home, 25 Broad St., Hamilton, NY 13346.
To order memorial trees or send flowers to the family in memory of Jerry C. LaPlante, please visit our flower store.