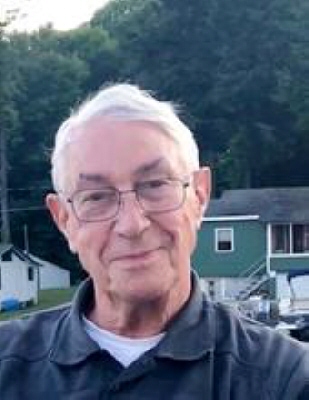 John was born on February 10, 1935 in Akron, Ohio, son of Harold and Irene (Snook) Cochran. John received a BA from the College of Wooster in 1957, a masters from the University of North Carolina in 1960 and a PhD from the University of New Hampshire in 1967. He met Ann Parrott in history class at the College of Wooster in 1955, and they were married in Stamford, Connecticut on August 2, 1958. Ann was a long-time Professor of Psychology at SUNY-Morrisville and predeceased John on March 21, 2010.

John's distinguished career as a Professor of Chemistry at Colgate University began in 1966, and included serving as Chair of the Chemistry Department for multiple terms in the 1980s, as Acting Associate Dean of Students (1976-78) and as Colgate's first Coordinator of Undergraduate Research (1991-94 and again 1998-99). John also received from Colgate the Phi Eta Sigma Teacher of the Year Award in 1987 and the Sidney J. and Florence Felton French Teaching Award in 1999. Beginning in 1994, he served two terms as Councilor for the Chemistry Division of the Council on Undergraduate Research, a national organization which encourages the development of faculty-student collaborative research programs at undergraduate institutions. John retired from Colgate in June 2001.

As a professor, John was known to his students for his 8:30am Organic Chemistry lectures, his thoughtful problem sets and his always-open office door. In his research, John focused on the synthesis of, and reactions involving, organic molecules containing tin (Sn) atoms, research that often involved undergraduates. During his career, John worked with over 100 research students, more than 40 of whom became co-authors with him on research articles published in chemistry journals. He also mentored many Colgate students who went on to become physicians and medical researchers.

In the 1980s and '90s, John mentored a cadre of young faculty who joined the then-expanding Chemistry Department at Colgate. His guidance, encouragement and patience helped foster their successful careers as teacher-scholars and leaders.

Outside the classroom and lab, John loved classical music and the Glimmerglass Opera, and was an avid and long-time member of the Colgate University chorus and the Hamilton College chorus. He also enjoyed cooking, tending to his vegetable garden, lawn and flowers (particularly rhododendrons), spending time on Lake Moraine, golf, traveling to many parts of the country and world, and being with other people. For almost four decades, John served as the guardian of the penalty box at Colgate hockey games.

Surviving are his son Eric and daughter-in-law Stacy Cochran of New York City and his daughter Jill and son-in-law Joe Baker of Southlake, Texas; grandchildren Nina, Cindy and Pauline Cochran, and Mia and Joey Baker; seven nieces and nephews; and close family friends Merrill Miller and Ann Parkhurst. John was predeceased by his son Todd C. Cochran in 1980 and by his brother Robert Cochran in 2018.

John greatly benefited in the last few years from expert and loving care from many, including Darlene Barrows, Kimberly Gunther and Edna Stoltzfus.

World events permitting, a celebration of John's life will take place in the fall on a date to be announced.

Contributions in John’s memory may be made to the Professor John C. Cochran Endowed Fund for Undergraduate Research in Chemistry, Colgate University, 13 Oak Drive, Hamilton, NY 13345.

Interment will be at the Colgate Cemetery. Arrangements have been gratefully entrusted to Burgess & Tedesco Funeral Home, 25 Broad St., Hamilton, NY.
To order memorial trees or send flowers to the family in memory of John C. Cochran, please visit our flower store.