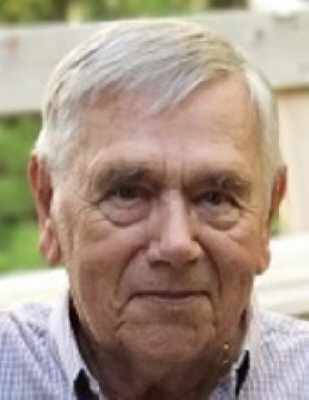 John “Jack” William ten Hope, Jr. 1932-2020
Jack ten Hope, 87, Hamilton, NY, passed away on July 16 at his home. He was born in Brooklyn, NY, the son of John William ten Hope and Pauline Cowell. He lived in Burlington, Vermont in his adolescence and then Needham, MA. There he met and married his high school sweetheart and beloved life partner, Linda Heald. They celebrated 63 years of marriage before her passing in 2017. They guided and loved their four children Laurie (and Martine) of Sacramento, CA, Sharon (and Chris) of Stow, MA, John of Phoenix, AZ and Paul, of Beverly, MA. He cherished his 9 grandchildren; Sara, Jeremy, Bethany and Jasmine Funkhouser, Merritt and Haley, Kiely, Jack and Will ten Hope as well as his greatgrandchild, Lennox Chiasson. He also leaves his treasured sister, Barbara Clouthier (and Bob) of Littleton, CO and many cousins, nieces and nephews. He exemplified a devotion to family and we all feel blessed to have received his love and support for all these years.
Jack graduated from Springfield College. He proudly served our country in the U.S. Marine Corps as a Captain from 1955-1970, including duty in the Mediterranean on the USS Spiegel Grove. He became an educator at Madison Central School and taught for 33 years in many capacities as a Gym Teacher, Athletic Director, Health Teacher, Coach and Administrator. “Mr. T” impacted many with his discipline and humor. He inspired students through motivation, hard work and life lessons. As a coach, he was a fierce competitor to be feared by his opposition, winning many league championships. His passion for sports was contagious to all who played for him. He was a mentor to many and a loyal friend.
Jack had an entrepreneurial spirit, eager to take on new challenges. During the summer, he always had a second job. He and his family ran a 100-year-old inn in Jackson, NH. Jack drove Greyhound Bus all over the northeast. He later managed Seven Oaks Clubhouse at Colgate University for 20 years, where his menus were legendary. Jack was active in the community as a Red Cross Swim Instructor and worked Colgate Swim meets. He volunteered as an EMT with SOMAC and for over 50 years with the Fountain Fire Company in Hamilton. He loved to cook for family and friends and took immense pleasure experimenting with new recipes and putting on quite a spread. Jack and Linda enjoyed many miles on the road traveling the country with a special love of Arizona.
Family is gathering privately. Due to Covid 19, a celebration of life is postponed to a future time. Contributions in his memory can be made to SOMAC (Southern Madison County Volunteer Ambulance Corps.,) Fountain Fire Company of Hamilton, NY or the Jack ten Hope Memorial Scholarship Fund, Madison Central School, 7303 State Route 20, Madison, NY 13402.
To order memorial trees or send flowers to the family in memory of John W. tenHope, please visit our flower store.