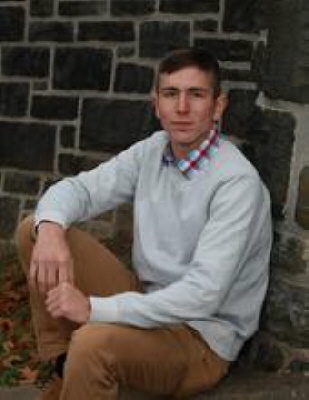 Jordan B. “JaJa” Burke, 18, of Whitman Rd., Canastota, NY, died Tuesday, April 14, 2020 as the result of an automobile accident in the Town of Smithfield.
He was born December 28, 2001 in Rome, NY, a son of Bernard E. Burke and Gwen Lohr Walker. Jordan was a senior at Morrisville-Eaton High School where he played football and basketball. He was currently employed as a carpenter with Salt Point Construction in Cazenovia and had previously worked on the Orth Farm. Using his carpentry skills, he enjoyed woodworking. He enjoyed fishing, hunting, riding four wheelers and dirt bikes, the outdoors and sitting around a campfire. He also enjoyed fixing snowmobiles and his 1985 Camaro. Jordan was a wonderful young man who was always there to lend a helping hand.
Surviving are his parents, Gwen Walker and Bernard Burke, both of Canastota; a sister, Nicole Burke and her children, Addison and Landon “Don” of Canastota; brother and sister-in-law, Chris and Jessica Burke and their son, Cooper of Oneida; several aunts, uncles and cousins.
A Memorial Service will be held at a later date and time to be announced.
Interment will be private at the convenience of his family.
Arrangements have been entrusted to Burgess & Tedesco Funeral Home, 31 Cedar St., Morrisville, NY.
To order memorial trees or send flowers to the family in memory of Jordan B. Burke, please visit our flower store.