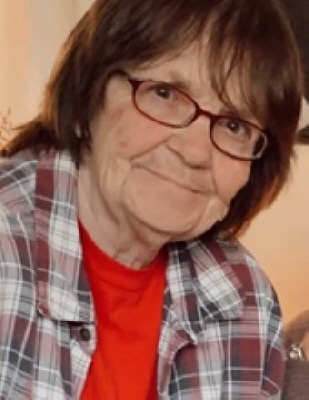 Joyce A. Morgan, 72, of Handsome Brook Ct., Sherburne, NY, formerly of Earlville, passed away Thursday, July 8, 2021 at her home.
She was born on April 9, 1949 in Norwich, NY, a daughter of Carl and Norma Geer Carpenter and was a graduate of Sherburne-Earlville High School. She later completed the course to become a Certified Nurses Aide and worked at various locations and also did in-home care. On December 24, 1969, Joyce married William R. Morgan, III in Lebanon, and they shared a loving union of over 51 years. In their most recent years, Joyce and Bill enjoyed going to the casino together, along with playing QuickDraw at the Huff Brau, and she loved playing scratch-offs. She was always lucky with any raffle she entered. They were fans of the Syracuse Chiefs and were season ticket holders. The special highlight of that was when Joyce won the chance to throw out the first pitch at a game. Above all, her favorite times were those spent with her grandchildren.
She was a member of the Lebanon Federated Church; a past member of the American Legion Post #236 Auxiliary in Earlville; and the Earlville Conservation Club.
Surviving are her beloved husband, Bill; her daughters and sons-in-law, Tammy and Jim King of Waterloo; Terry and Chris Link of Haverhill, MA; her grandchildren, Marshall King, Morgan and Ryan Link; brothers and sisters-in-law, John and Catherine Carpenter, and Richard Carpenter all of Sherburne; and Tina Carpenter of Mineola, IA; several aunts, uncles, nieces, nephews and cousins. Also surviving are Bill’s family, Marie Smith of Eaton; Maryann and David Roe of Marathon; Annie and Brent Livingston of Earlville; Larry and Mary Morgan of Brookfield; and Loretta Morgan of Newark Valley. Joyce was predeceased by a son, William R. Morgan, IV in 1987; and three brothers, Robert, Ronald and David Carpenter.
Friends may call on Saturday, August 28 from 11:00am-1:00pm at Burgess & Tedesco Funeral Home, 3 Preston Street, Earlville, immediately followed by a graveside service at the Earlville Cemetery. A celebration of her life will be held at the Huff Brau in Earlville after the service.
In lieu of flowers, contributions in her name may be made to the Lebanon Federated Church, 1494 Billings Hill Rd., Earlville, NY 13332; or to Hospice of Chenango County, 33-39 Court St., Norwich, NY 13815.
Arrangements have been entrusted to the Burgess & Tedesco Funeral Home, 3 Preston St., Earlville, NY.
To order memorial trees or send flowers to the family in memory of Joyce A. Morgan, please visit our flower store.