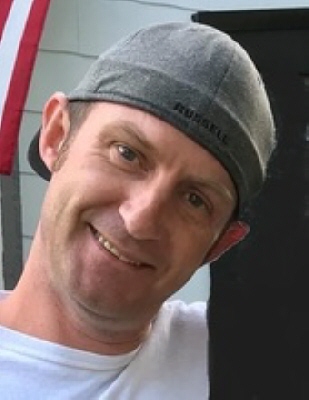 Kenneth Mark Merriman II age 37, of Morrisville, NY, passed away unexpectedly on October 26, 2020, at Community Memorial Hospital in Hamilton.
Kenny was born December 20, 1982 in Hamilton, a son of Kenneth M. and Jane M. Shantal Merriman and received his education at Morrisville-Eaton High School. He was employed at DMB Construction. He had a passion for sports from an early age, playing little league baseball, football and soccer. He enjoyed snowboarding and skateboarding as well as ice skating. Kenny was a good father, a good friend and a very hard worker. He will be missed by all.
He is survived by his daughters Kalena and Meadow Merriman and their mother Alicia; his fiancé Brooke Wameling and her daughters, Savannah, Nyah, Adia and Jayla; his mother Jane Merriman; his father Kenneth Merriman; his sister Ciji Merriman; his brother Randy Mercier; his grandmother Jane Gilmore; his uncles and aunts, Gary and Robyn Merriman; Michael Bennett; Shari and Dennis Rice; Bobby and Ann Shantal; Sue Harris; Mark Merriman; and Mary Lou Beasock; cousins Candace and Robert Clemens and their daughters Adriana and Cadance Clemens; and Amanda Merriman; his dear friend and wife Shaun and Raina Barber and their daughters Peyton and Sienna and son Nathan; several additional aunts, uncles, cousins and family members; so many very dear friends and of course his MoVegas family. Kenny was predeceased by his great-grandparents Elmer Burkert and Clementine “Granny” Burkert; grandfather Ward Merriman and his wife Barbara Merriman, grandparents Leon and Elizabeth Shantal; great-grandparents Gordon and Ida Bishop.
Friends are invited to call at the Burgess & Tedesco Funeral Home, 31 Cedar St., Morrisville on Monday, November 2, 2020 from 6-8pm.
Services and interment are private.
A gofundme account has been started for him. Any donations are appreciated:
https://www.gofundme.com/f/kenneth-m-merriman-ii?sharetype=teams&member=6405704&utm_medium=email&utm_source=customer&utm_campaign=p_na+share-sheet&rcid=f2085a4297614b649a74612d091b1be4
To order memorial trees or send flowers to the family in memory of Kenneth Mark Merriman, please visit our flower store.