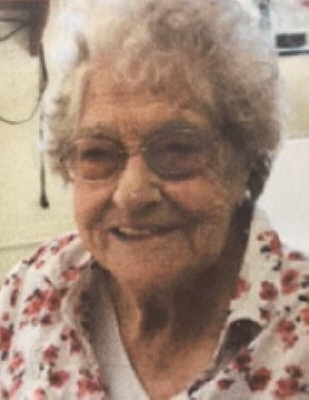 Leona Ward Failing, 101, of Hamilton and Morrisville, passed away Tuesday, January 26, 2021 at the Waterville Residential Care Center.
She was born August 28, 1919 in Munnsville, NY, a daughter of Daniel and Lulu Harvey Ward and received her education in local schools. On August 28, 1937, Leona married James Failing in Munnsville. He predeceased her on March 23, 1981. Leona worked at SUNY, Morrisville where she was the manager of the snack bar. She had been a member of the Senior Center in Hamilton and enjoyed playing BINGO.
Surviving are her daughter and son-in-law, Janet and Dennis Hayduke of Madison; 14 grandchildren, many great- and great-great-grandchildren; several nieces and nephews, and her cat, Punky. She was predeceased by her children, James Failing, Brenda Jones and Beverly Buxton; brothers, Daniel, Charles, Harold and Frank Ward; sisters Berdena Stone, Mable Rowe, and Margaret Ingalls.
Funeral services will be held at the Burgess & Tedesco Funeral Home, 31 Cedar St., Morrisville, at 2pm Saturday, January 30, 2021. The service will be live streamed.
Interment will be in the Morrisville Cemetery in the spring.
To order memorial trees or send flowers to the family in memory of Leona Failing, please visit our flower store.