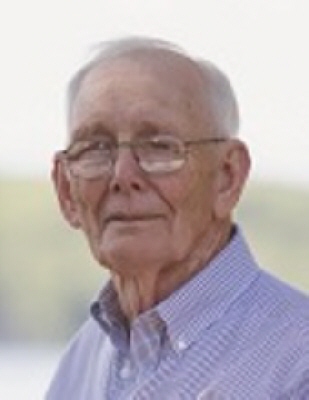 CLINTON: Mahlon A. York, 90, passed away on Tuesday, October 6, 2020 after a brief illness. He was born May 26, 1930 in Brookfield, NY, son of Lelan C. and Laura R. York. He was raised in Madison, NY, a graduate of Madison High School, Class of 1948, and earned his Bachelor's Degree in Chemistry at Utica College. On April 12, 1952, Mahlon married Mary Jean Penner at Madison Methodist Church. They were a true team and enjoyed 68 years of marriage. He was the Chief Metallurgist at Chicago Pneumatic in Utica for 50 years, until his retirement in 1996. He also raised Hereford cattle on his farm for many years. Mahlon was a member of the Clinton United Methodist Church, Mohawk Valley Power of the Past, the Morehouse Lake Club, Chicago Pneumatic Management Club, Fort Herkimer Amateur Radio Association and the Clinton Lions Club. He also served on the Advisory Committee for MVCC, as chairman for the local chapter of the American Society for Metals and was the exhibits chairman for the Mohawk Valley Executive Engineers Council.
Mahlon enjoyed the serenity of the wilderness, especially time spent at his camp at Morehouse Lake in the Adirondacks. He had a passion for antique tractors and gas engines which he shared with his dad, and managed the kiddie tractor pull for Mohawk Valley Power of the Past for many years. Mahlon was blessed with superior intelligence and could fix anything, build anything, and he creatively solved problems every day in his diverse life.
Surviving are his wife, Mary Jean; daughters, Lynne Olivier of Clinton and Nancy Clark (Fred Laube) of Sherrill; sister, Ruth Elmer of Manlius; grandchildren Steven O’Donnell (Priscilla Paluck) of Camden and son, Owen; Jennifer O’Donnell (David DiNigro) of Clinton and daughter Eliza; Rebecca Olivier of Dubai, UAE; Allison Olivier of Clinton; Andrea Clark (Jon Parad) of Sherrill and son, Bennett; Gregory (Caitlyn) Clark of Deerfield and daughters, Penelope and Zayda; and Kelsey Clark of Sherrill; and several nieces and nephews.
Graveside services in Graham Cemetery, Hubbardsville are private, under the direction of Burgess & Tedesco Funeral Home, 25 Broad St., Hamilton.
Contributions in his memory may be made to Steven-Swan Humane Society, 5664 Horatio St., Utica, NY 13052; or to the Morehouse Lake Club, in ℅ Shelley Bundick, Sec./Treas., 900 Gun Club Rd., Little Falls, NY 13365.
To order memorial trees or send flowers to the family in memory of Mahlon A. York, please visit our flower store.