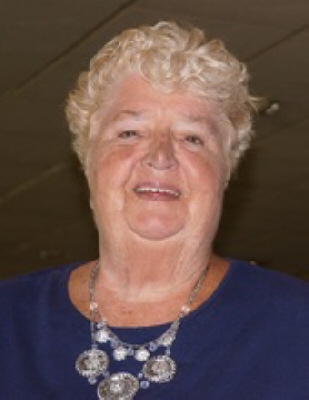 Mary Jane Butler Purdy, 86, of Hamilton, NY passed away Monday, February 17, 2020 at Faxton-St. Luke’s Healthcare in New Hartford.
She was born December 27, 1933 in Oriskany Falls, NY, a daughter of Charles and Vernita Fuess Butler and was a graduate of Waterville High School. She owned and operated Mary Jane’s Beauty Shop in Hamilton until retiring. On December 24, 1955, Mary Jane married Robert “Spike” Purdy in Bouckville. He predeceased her on June 16, 2012. Mary Jane enjoyed doing puzzles and bowling. Her family was her greatest joy and her grandchildren and great-grandchildren were the light of her life.
She was a communicant of St. Mary’s Church, Hamilton.
Surviving are two daughters and sons-in-law, Patti and Steve Henderson of Oneida; Gail and Greg Cypherd of Fishers Island, NY; a son and daughter-in-law, Scott and Becky Purdy of Windsor, CT; sisters, Carol McNamara of NC; and Pat Wrobel of Puyallup, WA; brothers, Chet and Ginny Butler of TN; and Charles “Chuck” Butler of Albuquerque, NM; her grandchildren, Scott, Staci and Molly Hawkinson, Emma, Noah and Molly Cypherd, Erika and Cameron Purdy; great-grandchildren, Olivia Nevaeh Bauer, Wesson Robert Lamb and Hania Lorraine Lamb; several nieces and nephews. She was predeceased by a daughter. SueAnn Purdy in March 1965, and a sister, Arlyn Zeller.
Memorial services will be held at 3:45pm on Saturday, February 22, 2020 at the Burgess & Tedesco Funeral Home, 25 Broad St., Hamilton.
Interment will be in the Madison Village Cemetery in the spring.
Friends are invited to call at the funeral home on Saturday from 1:30 to 3:30pm prior to the service.
Contributions in her memory may be made to the Crouse Community Center Activities Fund, 101 South St., Morrisville, NY 13408.
To order memorial trees or send flowers to the family in memory of Mary Jane Purdy, please visit our flower store.