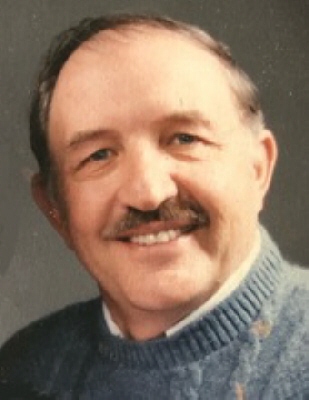 Melvin Ward Predmore, 83, of Sherburne, NY, passed away Monday September 20, 2021 at the NYS Veterans Home in Oxford, NY.
He was born on September 30, 1937 in Leonardsville, NY, a son of the late George and Olive (Coughlin Predmore) Cole and was a graduate of Earlville High School in 1955. Melvin was a veteran of the U.S. Army serving from 1960 until his honorable discharge in 1962. Melvin married Jane Feitsma November 26, 1965 in Earlville, NY and they had two daughters, Kristine and Denise. August 4, 1978, he married Carolyn Miles in Oxford, NY and he welcomed into his fold her children Stacey and Jeffrey Miller. Melvin and Carolyn had many wonderful adventures and shared a loving union until she predeceased him on November 3, 2012. Melvin was a Correctional Officer for the NYS Department of Corrections, serving at several facilities in the state and then at Camp Pharsalia from 1965 until retiring in 1990. He was also a Real Estate Broker for Century 21 in Earlville, NY. Following his retirement, he and Carolyn built a home and moved to White Lake, NY where they enjoyed many years hosting gatherings for friends and family before moving back to the Sherburne, NY area. Melvin was a member of the American Legion Post #876 in Sherburne; a member and Past President of the Trackside Blazers Snowmobile Club in Forestport, NY; and a member of the White Otter Fish and Game Club, Inc. in Woodgate, NY. He was a very social person who loved interacting with people and having spirited conversations. Melvin and Carolyn also bought a small home in Florida many years ago that they enjoyed working on and spending winters in during their Senior years along with a small piece of land that they enjoyed camping on in the White Lake, NY area. He enjoyed bowling and was a league member at Hi-Skor Lanes in Earlville for many years. Melvin was also an avid hunter and fisherman much of his life and enjoyed snowmobiling. While Melvin was employed as a Correctional Officer he happily spent much of his time teaching inmates from the big cities how to build, paint, cut lumber, how to conduct proper forestry techniques and other activities while supervising them during their community service at local churches and parks.
Surviving are His Daughter, Kristine Predmore (Ricky Yale) of Cincinnatus, His Granddaughter Nicole DeGroat (Jason) of Morrisville and Great Grandson Dawson. His Grandson Casey W Manwarren of DeRuyter and Great Grandsons Deven Maxson, Kamdyn Manwarren and Carsyn Manwarren. His Grandson Cody D Manwarren of Nedrow and Great Grandsons Chevelle and Harley Manwarren. Also Ricky’s daughters Ashley & Caitlin Yale whom he considered his granddaughters.; His Daughter Denise Russell-Haitian of Sherburne, His Grandson Brian Russell (Rachelle) of Camillus and Great Grandchildren Matthew and Ariel. His Grandson Jason Russell (Amanda) of Canton,GA and Great Granddaughters Sophia and Summer Jane. His Granddaughter Caitlynn Adams of Syracuse and Grandson Christopher Haitian Jr of Georgetown; His Daughter Stacey Miller of VA, Granddaughter Sara Prosser (Kyle Ryan) of Sherburne and Great Grandson Kyle Ryan Jr. Granddaughter Samantha (Matt) Bennett and Great Grandchildren Anthony and Brooklyn Bennett. Grandson Jason (Lindsay) Edwards of CA and Great Granddaughter Delaney. Grandson Jacob Edwards of VA; His Son Jeffrey T Miller (wife Annie Debarros) of Boston, MA and Great Grandsons Trystyn and Eitan; His sister, Edna Haas of Sherburne; along with several special nieces and nephews. He was predeceased by a brother and sister-in-law, Gene and Sheila Predmore; a brother-in-law, David Haas; a nephew, Gene Predmore, Jr.; and a great-grandson, Raymond Jason Russell.
Friends are invited to call at the Burgess & Tedesco Funeral Home, 10 S. Main St., Sherburne on Monday September 27, 2021 from 5-7pm.
Funeral Services will be held at 10am Tuesday, September 28, 2021 at the Episcopal Church of the Epiphany, Classic St., Sherburne with the American Legion as honor guard and music played by family friend Donnie Brown.
Friends and Relatives are invited to join the Family at The Sherburne American Legion at 11:30 am for a Celebration of Life which includes food catered by Lewis’ Restaurant.
Interment with military honors will be at the Riverview Cemetery, Oxford, NY. On Wednesday Sept 29, 2021 at 11am.
In lieu of flowers, Melvin requested that contributions in his memory may be made to the American Legion Post #876, PO Box 286, Sherburne, NY 13460; or to the American Heart Association at www.heart.org.
To send a condolence and sign the Book of Memories online go to www.burgessandtedescofuneralhomes.com
To order memorial trees or send flowers to the family in memory of Melvin Ward Predmore, please visit our flower store.