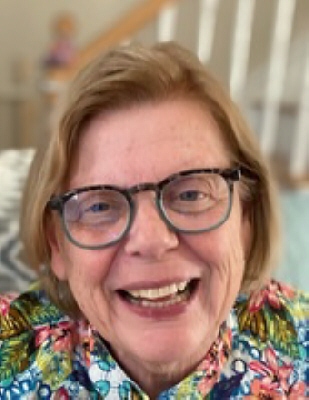 Nancy Jean Barlow Selleck passed away suddenly in Hamilton, NY on May 31, 2021. Five days before their 50th Wedding Anniversary she joined her beloved husband, Bruce Selleck (1949-2017), whom she met at 4H Camp in 1966.
Nancy was a social worker and nursing home administrator for many years and supported the elderly at the Office for the Aging and RSVP Cornell Cooperative extension in Morrisville, New York. After supporting her husband through his PhD program, she graduated with a degree in Art History from Colgate University in 1976.
Nancy loved to travel, having lived in Cardiff, Wales and Wollongong, Australia with her husband, and visited many other places in the U.S. and abroad. She was a doting grandmother, learning to play basketball at 68 with her grandson and painting with and reading to her granddaughters.
Nancy is survived by her daughters Anne Caitlyn Selleck (James Murphy) and Elizabeth Selleck Fiore (Chris Fiore) and her beloved grandchildren, Cooper Murphy, Eleanor and Harriet Fiore; her sister, Cynthia Lawrence (Kevin Lawrence), nephews Zachary and Adam Lawrence; her sisters-in-law, Linda Selleck and Laura Selleck (John Jenkins); her brother, David Barlow, niece Martha Bell, nephew Tim Barlow and their families; many cousins; and a large and loving network of friends who will remember her generosity and their conversations fondly.
She is predeceased by her husband, Bruce Selleck; her parents Jean and Alton Barlow; her in-laws, Fred and Helen Selleck; her Brother-in-Law, Jack Kershlis, and her brother, Maurice Barlow.
In lieu of flowers, donations may be sent to the Hamilton Food Cupboard or the Hamilton Public Library. Donations may also be made in the name of Bruce and Nancy Selleck to the Rich April/Bruce Selleck Endowed Fund for Geology Student Travel at Colgate University.
Graveside services in the Colgate Cemetery are private.
Arrangements by Burgess & Tedesco Funeral Home, 25 Broad St., Hamilton, NY.
To order memorial trees or send flowers to the family in memory of Nancy B. Selleck, please visit our flower store.