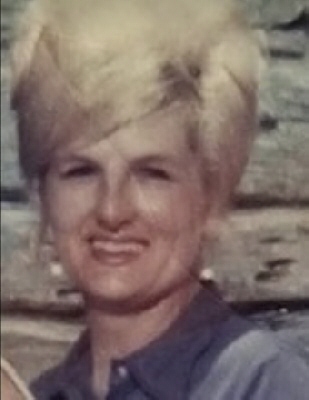 Patsy Dawn Williams, 86, formerly of Earlville, NY, passed away Wednesday, November 24, 2021 at the Crouse Community Center in Morrisville following a brief illness.
She was born on April 21, 1935 in Bainbridge, NY, a daughter of Harold and Gertrude Eaton Baker. She grew up in the Sidney area and was a graduate of Sidney High School. Patsy married Jim Golden, and later married, Eugene Clayton Day. Lastly, she married Gene Williams. She had worked at Scintilla in Sidney for over 20 years. Moving to the Earlville area, she was a bus driver for the Sherburne-Earlville Central School District for several years. Patsy was also a well-known bartender for several area establishments, the Riverside and the Huff Brau in Earlville, as well as the Gin Mill in Hamilton.
Surviving are her children, Dawn Mazzole of Norwich; Michael Golden of West Virginia; Sharon Migonis of Earlville; Eugene Day of Alabama and Doris Excell of Hamilton; a sister, Tami (Tim) Walters of Buffalo; and several grandchildren. She was predeceased by a daughter LuAnn Parry.
In keeping with Patsy’s wishes, there are no services or calling hours.
Interment is private at the convenience of her family.
Arrangements have been entrusted to Burgess & Tedesco Funeral Home, 3 Preston St., Earlville.
To send a condolence and sign the Book of Memories online go to www.burgessandtedescofuneralhomes.com
To order memorial trees or send flowers to the family in memory of Patsy Dawn Williams, please visit our flower store.