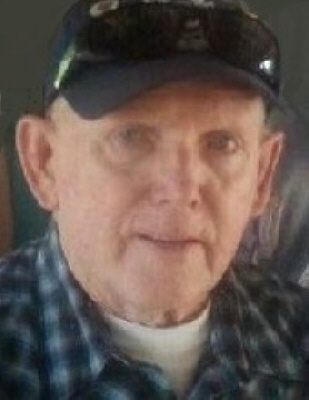 Paul A. Young, 78, of County Rd. 24, New Berlin, NY, passed away Monday, August 31, 2020 at Faxton-St. Luke’s Healthcare in New Hartford, NY.
He was born September 5, 1941 in Bouckville, a son of Clyde and Lena Riggall Young and received his education in Hamilton and Sherburne schools. In his early years he worked on the family farm. Later, he worked for the Norwich Knitting Mill, Kehoe Furniture, the Town of North Norwich and was a driver for A&D Transport. He had also been a self-employed carpenter. On May 21, 1988 Paul married Margaret D. Lenning in New Berlin. He enjoyed hunting, fishing and camping as well as playing in a country and western band. He also like collecting deer statuettes. His greatest joy was spending time with his family.
Paul was a member of the Columbus Community Church; an honorary member and fire policeman with the Pittsfield Fire Department; a member of the Otsego County Fireman’s Association; and a former member of the Morris Rod & Gun Club.
Surviving are his loving wife, Margaret; his children, Cindy Young, Paul Young, Jr. and Tommy Young, all of Huntington, WV; and Serena Young of New Berlin; a step-daughter, Dawn (Ozzie) Beadle of Norwich; a brother, David (Linda) Young of Oneonta; 11 grandchildren, 6 great-grandchildren; many nieces, nephews and cousins. He was predeceased by his brothers, Richard “Dick”, Jerry, James, William, Roger and Ronald; a sister, Frenda Papelino; and a step-son, Stanley M. Walrod, Jr.
Memorial Services will be held at 5pm Tuesday, September 8, 2020 at the Burgess & Tedesco Funeral Home, 10 S. Main St., Sherburne.
Friends are invited to call on Tuesday from 3-5pm prior to the service.
Interment will be private at the convenience of the family.
Contributions in his memory may be made to the American Cancer Society, www.cancer.org; the Pittsfield Fire Department, 167 State Hwy 80, New Berlin, NY 13411; or to the Columbus Community Church, 3908 State Highway 80, Sherburne, NY 13460.
Paul’s family wishes to extend a special thank you to his friend and caregiver, Linda Nichols for everything she did for him and his family.
To order memorial trees or send flowers to the family in memory of Paul A. Young, please visit our flower store.