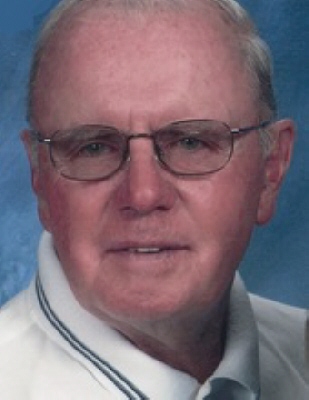 Richard Tracy Upton, 85, of East Pleasant St., Hamilton, NY, passed away Monday March 2, 2020 at his home.
He was born April 14, 1934 to Wilbert J. and Laura Burch Upton and resided in Earlville. He was a graduate of the Manlius Military Academy in 1952 and joined the Naval Reserve serving in active duty with the U.S. Navy from 1954 to 1956 stationed aboard the Missouri carrier in dry dock at Bremerton, Washington.
Richard married Marilyn Davis in 1956 in Portland, Oregon. The couple returned to Central New York where they made their home in Hamilton and raised four children, Steven, Mark, Kathleen and Richard “Rick”. Richard worked for his father, “Wib” Upton in the Earlville Paper Box Company, and in 1967, he and his brother, William “Bud” Upton succeeded their father in the management of “the Box Factory”. Richard was a sports enthusiast, having participated in the Georgetown (NY) town baseball team, bowling and snowmobiling. He also loved golf and was a member of the Seven Oaks Golf Club. He enjoyed following high school and Syracuse University football and basketball teams. During the years he formed many life-long friendships.
Richard is survived by his wife, Marilyn, 4 children, 9 grandchildren, 3 great-grandchildren; several nieces and nephews.
Calling hours and Remembrance of his life will be held at Seven Oaks Club House on Saturday, March 14, 2020 from 1-3pm..
Contributions in his memory may be made to the Fountain Fire Co. #1, 121 Lebanon St., Hamilton, NY 13346; SOMAC, 86 Lebanon St., Hamilton, NY 13346 or to the Hamilton Central School Booster Club, 47 W. Kendrick Ave., Hamilton, NY 13346.
Arrangements have been entrusted to Burgess & Tedesco Funeral Home, 25 Broad St., Hamilton, NY.
To order memorial trees or send flowers to the family in memory of Richard T. Upton, please visit our flower store.