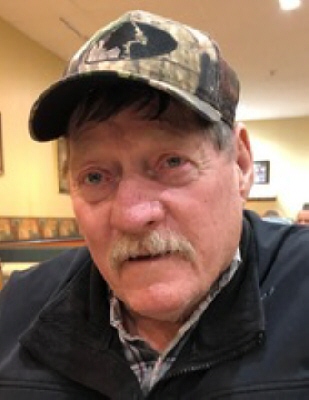 ORISKANY FALLS: Robert A. “Bob” Gillette, 71, of 172 N. Main St., died unexpectedly on Saturday, June 12, 2021.
He was born August 2, 1949 in Sangerfield, NY, a son of William G. and Bertha I. Walker Gillette and was a graduate of Waterville High School. He had also attended trade school and received degrees in the electrical field. He was a veteran of the U.S. Army, having served from 1970 until his honorable discharge in 1972. Bob was a truck driver for Carovail in Sangerfield for over 6 years. He had previously worked at Moser Farm in Bouckville and Top Notch Tree Service in Oriskany Falls. He enjoyed hunting, fishing and tinkering around his home, as well as going to garage sales. He loved spending time with his beloved grandchildren and his canine companions, Bobby, Buddy and Buster. On September 3, 2016, Bob married Rhonda Excell.
Surviving are his wife, Rhonda; his children, David Gillette of FL; Leisa Gillette of AZ; Brandon Stevens of Clark Mills; Michelle (TJ) Coons of Oriskany Falls; Andrew Kemp of Penn Yan; grandchildren, Silas Winer, Colin Winer, Taylor Boon and Mason Coon; a brother, William (Linda) Gillette of Savannah, NY; his in-laws, Jeff (Kelli) Excell of Cicero; Terry Excell of Waterville; and Linda Excell of Earlville; and several nieces, nephews and cousins. He was predeceased by two sisters, Barb and Beverly; and a brother-in-law, Bill Excell.
A celebration of Bob’s life will be held at 1pm Saturday, June 19, at his home. Interment with military honors in the Graham Cemetery, Hubbardsville, NY will be private.
Contributions in his memory may be made to the Oriskany Falls Fire Department or the Waterville Fire Department.
Arrangements have been entrusted to Burgess & Tedesco funeral Home, 210 E. Main St., Waterville, NY.
To send a condolence and sign the Book of Memories online go to www.burgessandtedescofuneralhomes.com
To order memorial trees or send flowers to the family in memory of Robert A. Gillette, please visit our flower store.