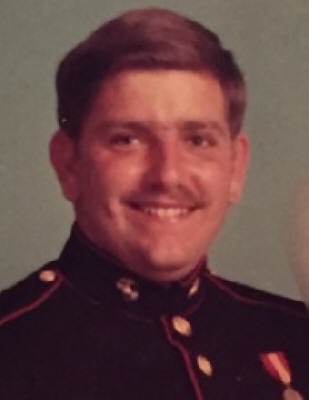 Robert H. Gunther, 67, of State Highway 80, Smyrna, NY, passed away Saturday, March 28, 2020 at his home after a long-term illness.
He was born September 27, 1952 in Queens, NY, a son of the late Carl (US Marine) and Theresa (Ingber) Gunther and was a graduate of Newfield High School, Centereach, NY. Growing up he was a Boy Scout and a volunteer firefighter since the age of 14 with Centereach Fire Dept. and later with Mastic Fire Department, NY. Robert proudly served in the U.S. Marine Corps from 1971 to 1976, honorably discharged with the rank of Sergeant. On August 17, 1972, he married the love of his life, Valorie A. Ermolovich at St. Margaret of Scotland Church, Selden, NY. Robert began his career with the City of New York with the Department of Corrections, later becoming a member of the NYC Fire Department which was the highlight of his career. Following his retirement, he moved to Smyrna. Being a lover of animals, he was also a Nuisance Wildlife Control Officer since 1987. He enjoyed the outdoors, fishing and hunting. His greatest joy was spending time with his wife and family.
Robert was a communicant of St. Mary’s Church in Hamilton. He was a member and Past President of the Sherburne Lions Club; a member of the NRA and the NYS American Legion.
Surviving are his beloved wife, Valorie; his children, Kasie and Andrew Cavanagh of Clearwater, FL; Brodie and Jon Gager, Tobie and Ryan Hess, all of Sherburne; a brother, Carl Gunther of Smyrna; his precious grandchildren, Sage and Jade Diamond, Jonathan, Jr. and Braylie Gager, Lillie and Austin Hess; and many nieces, nephews and cousins, and his beloved 4 legged companions Leo and Romeo. He was predeceased by two brothers, William and James Gunther.
Graveside services will be held at the convenience of his family in the Gerald B. Solomon National Cemetery, Saratoga, NY. A memorial service and celebration of his life with family and friends will be held at a later time.
Arrangements have been entrusted to Burgess & Tedesco Funeral Home, 10 S. Main St., Sherburne, NY.
To send a condolence and sign the Book of Memories online go to www.burgessandtedescofuneralhomes.com or send directly to Valorie Gunther at 737 State Hwy. 80, Smyrna, NY 13464.
To order memorial trees or send flowers to the family in memory of Robert H. Gunther, please visit our flower store.