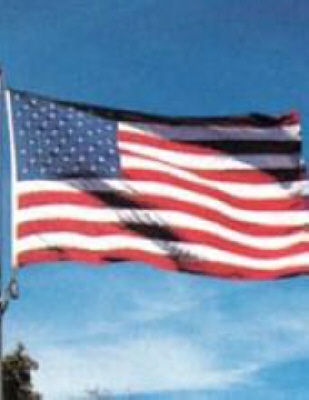 Robert H. “Spike” Purdy, 84, of Route 12B, Hamilton, NY, passed away Saturday, June 16, 2012 at St. Josephs Hospital, Syracuse.
He was born September 3, 1927 in Madison, NY, a son of the late Ralph B., Sr. and Gladys Frederick Purdy and attended Hamilton and Madison schools. He joined the U.S. Army in 1946 where he served for six years. Following that, he enlisted in the U.S. Air Force in 1952, where he served in the Vietnam War, and retired in 1973 as a Senior Master Sergeant. On December 24, 1955, Robert married Mary Jane Butler in Bouckville. Spike was a caring and devoted husband, father and grandfather whose family was his greatest joy. His passion was bowling and he enjoyed belonging to several leagues at Hi-Skor Lanes in Earlville for many years.
Spike was a member of the Park United Methodist Church in Hamilton. He was also a member of the Kelley Phillips American Legion Post #569 of Oriskany Falls.
Surviving are his wife of 56 years, Mary Jane; his children, Patti Purdy of Oneida and her companion, Steve Henderson; Gail and Greg Cypherd of Fishers Island, NY; Scott and Becky Purdy of Windsor, CT; sisters, Jane Biedermann of Parksburg, WV and Natalie Mills of Oriskany Falls; brothers and sisters-in-law, Nicholas and Marilyn Purdy of Earlville; Henry and Nancy Purdy of Atoka, TN; Betty Purdy of N. Highlands, CA and Marilyn Purdy of Belvedere, IL; his grandchildren, Scott Hawkinson of Hamilton; Stacy Hawkinson of Reading, PA; Molly Hawkinson of Oneida; Emma Cypherd, Noah Cypherd and Molly Cypherd, all of Fishers Island, Erika Purdy and Cameron Purdy, both of Windsor, CT; a great-granddaughter, Olivia Bauer of Reading, PA; many nieces, nephews and cousins. He was predeceased by his daughter, Sue Ann; three brothers, Thomas, Walter “Fritz” and Ralph “Bill” Purdy; and a sister-in-law, Jan Purdy.
Memorial services will be held at 3pm Wednesday, June 20, 2012 from the Burgess & Tedesco Funeral Home, 25 Broad St., Hamilton, followed by interment with military honors in the Madison Village Cemetery.
Friends are invited to call at the funeral home on Wednesday from 1 pm to 3 pm prior to the service.
In lieu of flowers, contributions may be made to the Kelley Phillips American Legion Post #569, 115 Madison St., Oriskany Falls, NY 13425.

To order memorial trees or send flowers to the family in memory of Robert H. Purdy, please visit our flower store.