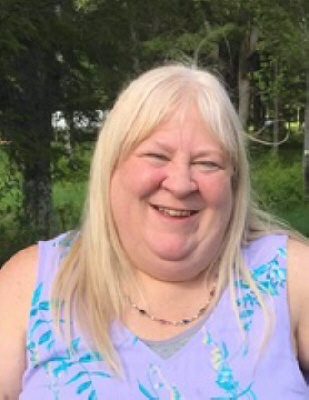 Robin L. Palmer-Tucker, 59, of Smyrna, NY, passed away Thursday, March 18, 2021 at her home.
She was born August 13, 1961 in Norwich, NY a daughter of Robert H. and Evelyn A. (Norton) Palmer. She was a graduate of Sherburne-Earlville High School. Robin spent her career at Norwich Pharmaceuticals and later owned and operated Savonah Anne’s Treasure Chest in Sherburne. Playing cards with her friends, horseback riding and spending time with family and her granddaughter were the joys of her life. Robin found every opportunity to celebrate the happy moments in life and loved to spoil her friends and family. She was strong willed, independent and cared deeply for those in her life.
She is survived by her mother, Evelyn A. Palmer of Oxford; daughters, Megan A. Tucker of Sherburne, Cheyanne S. Tucker (fiancé Judah Nietopski) of Manlius; her beloved granddaughter, Kinsley Grace Briggs of Sherburne; sister and brother-in-law, Tracy L. and Randy Hull of Sherburne; nephews, Matt P. Hull and Nicholas R. Hull, both of Sherburne; and her former husband and the father of her children, Marc A. Tucker of Earlville. She was predeceased by her father, Robert H Palmer in 1979; brother, Lawrence H. Palmer in 2016; and sister, Cassandra M. Palmer in 2017.
Graveside services will be held at the North Norwich Cemetery at a later date, followed by a Celebration of her life.
Arrangements have been entrusted to Burgess & Tedesco Funeral Home, 10 S. Main St., Sherburne.
To order memorial trees or send flowers to the family in memory of Robin L. Palmer-Tucker, please visit our flower store.