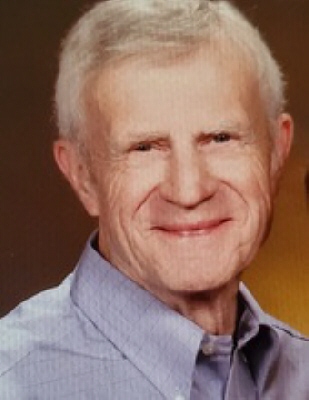 Roger (Jack) E. Williams, 77, of Hall Rd., Bouckville, NY, passed away Sunday, September 6, 2020 at his home.
He was born May 16, 1943 in Oxford, NY, a son of the late Earl and Alice Hamilton Williams. He was a graduate of Sherburne High School and Empire State College. Roger served in the U.S. Air Force from 1961 until his honorable discharge in 1965. He completed nuclear safety school and was stationed in Puerto Rico during the Cuban Missile Crisis. On January 29, 1966, Roger married Sabra Kerr in Hamilton and they shared a loving union of 54 years.
Roger was a teaching assistant and researcher in the Physics & Astronomy Department of Colgate University for 35 years until retiring. He designed and built the observatory telescope computer system and had several papers published in the American Journal of Physics. Prior to Colgate, Roger designed and developed defense antennas for TACO and was production and plant manager for B.C. Plastics.
Roger was a bow hunting instructor at one time and liked motorcycling and hunting. He enjoyed annual family camping trips to the Adirondacks for over 40 years and would always take photos at family events and gatherings. Roger excelled at building and designing. He could engineer a solution to any problem and never hesitated to help if anyone needed something fixed.
Roger was a member of Park United Methodist Church in Hamilton and American Legion Post #1556 in Madison. He served on the Madison Central School Board of Education for over 9 years, including terms as President and Vice President; Town of Madison Planning Board for 18 years, including terms as Chairman; and Town of Madison Board of Assessment Review.
Surviving are his wife, Sabra; his children, Sabra (Wayne) Williams Meadows of Middletown, DE; Mikaela Williams of Bouckville, currently attending Embry Riddle Aeronautical University; brother, Allen (Darlene) Williams of Ilion; sister-in-law, Ina (Quincy) Hocutt of Durham, NC; nieces and nephews, Beth Scott (Mark Stanbro) of Manlius; Jill Nilles of Madison; Neal (Chris) Scott of Kingston, Ontario; Allen (Amber) Williams of W. Exeter; Bruce (Gina) Williams and Mark (Shari) Williams, both of Norwich; Linda (Tom) Prusik and Tina Reynolds, both of Ohio; and several great-nieces and nephews. He was predeceased by his brothers, Bruce and James (Jim) Williams; sister-in-law, Harriet Kerr Scott; niece, Crystal Schultz; and nephew, Jeff Nilles.
Services and interment are private at the convenience of his family.
In lieu of flowers, contributions in his memory may be made to Hospice and Palliative Care, Inc., 4277 Middle Settlement Rd., New Hartford, NY 13413; Park United Methodist Church, PO Box 54, Hamilton, NY 13346; or Madison Volunteer Fire Department, PO Box 72, Madison, NY 13402.
Arrangements have been entrusted to Burgess & Tedesco Funeral Home, 25 Broad St., Hamilton, NY.
To order memorial trees or send flowers to the family in memory of Roger E. Williams, please visit our flower store.