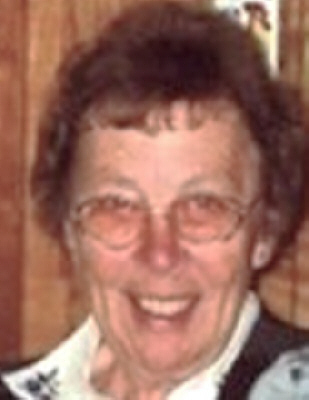 SANGERFIELD: Rose Ann Gallagher, 92, of Sangerfield, passed away Friday, March 6, 2020 at the Waterville Residential Center.
She was born, October 16, 1927, in Dolgeville, a daughter of Frank and Grace Keib Sutphen. She was the valedictorian of her Dolgeville High School class and a graduate of Catholic University, Washington, D.C. She received her nursing degree from Mercy Hospital School of Nursing, Watertown, NY and was part of the US Cadet Nurse Corp during WWII. On April 19, 1952, Rose Ann married John M. "Jack" Gallagher at St. Patrick's Church, Oneida. They had a loving union of 53 years until he predeceased her on July 5, 2005.
Rose Ann was a registered nurse who worked for the Oneida County Public Health Office and for the Oriskany Falls Schools, before becoming a full-time mom and family manager on the Gallagher Dairy Farm.
She was a communicant of St. Bernard's Church, Waterville, where she served as Chairman of the Social Action Committee and as a member of the Altar and Rosary Society and the Bereavement Committee. She also taught religious education and served as the Director of Religious Education for many years. Rose Ann was a founding member of the Waterville Area Volunteer Ambulance Corps (WAVAC) and also a founding member of the Waterville Food Pantry and was an avid bowler. She was a recipient of the Roses for the Living from the Waterville Rotary and received a commission from the Bishop as a lay minster through the Formation for Ministry Program. Rose Ann's family was preeminent in her life as was her Catholic faith. She enjoyed traveling with her family and friends and hosting many, many joyful gatherings at the family's farm over her six decades there.
Surviving are her sons and daughters-in-law, Paul and Cindy Gallagher, of Sangerfield and Edward and Jackie Gallagher, of Manlius; grandchildren, Jean, Robert, Kristen, Kathleen, Corey and Macy; two sisters. Margaret Peer, of Hamilton and Mary Mancuso, of Zephyr Hills, FL; and several nieces and nephews. She was predeceased by two brothers, Russell and Jack Sutphen.
A Mass of Christian Burial will be celebrated at St. Bernard's Church, 199 Stafford Ave., Waterville, on Saturday, March 14, 2020 at 11:00 AM.
Interment will be in St. Bernard's Cemetery in the spring.
Friends are invited to call at the Burgess & Tedesco Funeral Home, 210 E. Main St., Waterville, on Friday from 6-8 PM.
Contributions in her memory may be made to St. Bernard's Church and the Waterville Food Pantry.
To send a condolence and sign the Book of Memories online go to www.burgessandtedescofuneralhomes.com
To order memorial trees or send flowers to the family in memory of Rose Ann Gallagher, please visit our flower store.