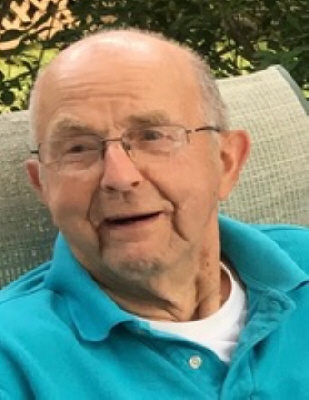 Beloved husband, father, grandfather, and great-grandfather, Roy Robert Roher, passed away peacefully in his sleep on March 16, 2021. He was 93 years old.
Born and raised in Stockbridge, NY, Roy and his six siblings were the children of Nellie and Lynn M. Roher. Roy graduated from Stockbridge High School in 1944. He became a lineman for the Tennessee Valley Authority in Alabama before returning to Madison County where he married Betty Jean Morgan of Waterville, NY, on October 22, 1949. For 45 years, Roy and Betty raised seven children and Roy worked at their dairy farm with his brother, Ben, on Old County Road in Morrisville. Roy was an active member of St. Joan of Arc Roman Catholic Church in Morrisville. Roy and Betty were recognized for their dedication to St. Joan’s in 2011 by the Archdiocese of Syracuse when they received the Immaculata Award for Service.
After retiring from the farm in 1994, Roy and Betty enjoyed traveling extensively to many places within and outside the US. Roy was a volunteer in the Morrisville Fire Dept. and was recognized for 25 years of service. He volunteered as an EMT for the ambulance. He served 4 years with the U.S. Dept. of Agriculture from 1974 to 1978 for NY State. He also served the Town of Eaton on the Zoning Board and Grievance Committee from 1989 through 2014. Roy actively enjoyed many years with his bowling league in Cazenovia and his golf league at the Barker Brook Country Club.
Roy was predeceased by his wife, Betty, on April 5, 2018 and is survived by his seven children, Jody Smith (Richard) of Fairfield, CT, Bob Roher (Emilie) of Morrisville, NY, Kathy Roher (Chris Gadomski) of Hartsdale, NY, Carol R. McCloskey (Jim) of Simsbury, CT, Lorrie Morton (George) of Boston, MA, Connie Roher Kearns (Jay) of Simsbury, CT, and Virginia Roher (Jeff Wood) of Easton, CT; eleven grandchildren, including Kim (Connor McMullan), Rebecca (Greg Soule), Mathew, Tess (Matt Skovgard), Natalia, Christopher, Julie, Elizabeth (Conall Chabrunn), Sean, Kevin, and Will; and four great-grandchildren, including Abraham, Jacob, Maxwell, and Samson. He is also survived by his siblings Wallace Roher (Norma) of Manlius, NY, Claude Roher (Connie) of Florida, Ruth Anderson of Carrollton, TX, and Ben Roher of Morrisville, NY, as well as numerous nieces and nephews and other extended family members. He was predeceased by a sister, Elva Clair.
Calling hours will be held at the Burgess & Tedesco Funeral Home, 31 Cedar Street, Morrisville, NY, on Saturday, March 20, from 10:30 am to 12:30 pm.
A Mass of Christian Burial will be celebrated on Saturday at 1:00 PM at St. Joan of Arc Roman Catholic Church, 6 Brookside Drive, Morrisville, NY. A private burial will be held at a later date at Saint Bernard’s Cemetery in Waterville, NY.
In lieu of flowers, donations in his memory may be made to St. Joan of Arc Roman Catholic Church, PO Box 1087, Morrisville, NY, 13408; or to the Morrisville Fire Department, PO Box 244, Morrisville, NY 13408.
To order memorial trees or send flowers to the family in memory of Roy Robert Roher, please visit our flower store.