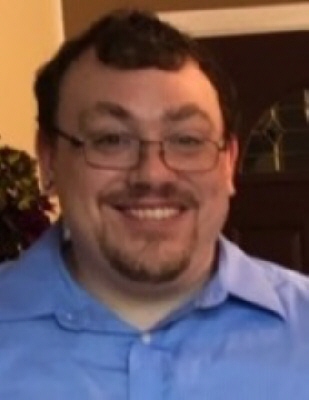 Scott L. Lavoie, 31, of Rochester, NY, passed away unexpectedly on March 21, 2020 at his home.
He was born September 4, 1988 in Hamilton, NY, a son of William L. and Kathryne A. Whitney Lavoie. He was a graduate of Norwich High School in 2006 and attended Buffalo State University. Scott worked for MVP Property Services Corp. in Stafford, NY as a painter. He had worked for several other companies, including A Cleaner Image in Webster, NY where he was a NYS Certified Mold Remediator. Previously, he had lived in West Sand Lake, NY and worked for his uncle Alan Boulant as a fabricator with Solid Surface Craftsman in Albany. Following that, he returned to Norwich until moving to Rochester. Scott loved music and played bass guitar in a band “3 Mile Smile” with his friends in high school. He was a huge Harry Potter fan and would fight with his father and sister about who would read the books first when they were released. Gaming was his passion and becoming a pro was his greatest dream. He was an avid fan of the Buffalo Bills going to every game he could. He was also a fan of the NY Yankees and enjoyed going to games with his dad and siblings as a child. His favorite articles of clothing were his collection of tie-dyed t-shirts and his Buffalo Bills sportswear.
Surviving are his mother, Kathryne of Norwich; a brother, Matthew Lavoie of Norwich; a sister and her fiancé, Whitney Lavoie and Ian Cook of Albany; his girlfriend, Calla Cummings of Shortsville, NY; many aunts, uncles and cousins. Also surviving is his beloved cat Bear. Scott was predeceased by his father, William; grandfathers, Emerton Whitney and Rene Lavoie, Sr. and grandmothers, Gwendolyn Boulant and Charity Lavoie; and his canine companion Hershey.
Funeral Services will be held at the Burgess & Tedesco Funeral Home, 10 S. Main St., Sherburne at the convenience of his family.
Interment will be in St. Paul’s Cemetery, Norwich.
Contributions in his memory may be made to the Make A Wish Foundation-CNY, 5005 Campuswood Drive, East Syracuse, NY 13057, or at cny.wish.org
To order memorial trees or send flowers to the family in memory of Scott L. Lavoie, please visit our flower store.