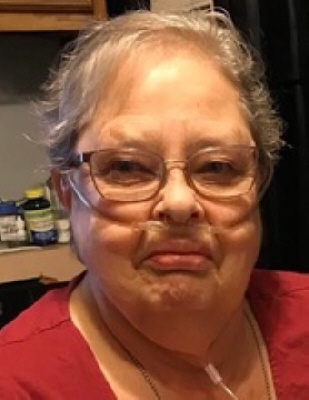 Sharon A. West, 69, of Creek Rd., Oneida, NY, passed away at her home on Thursday, March 19, 2020 with her loving family by her side.
She was born January 23, 1951 in Hamilton, NY, a daughter of Buster “George” and Cornelia Parker Clark and was a graduate of Morrisville-Eaton High School. On July 12, 1975, Sharon married Timothy West in Erieville, NY, a loving union of 44 years. Sharon had worked at HP Hood in Oneida for 32 years until retiring. She was an avid bird watcher and liked fishing, flowers and gardening.
Surviving are her husband, Timothy; her children, Corey Lashure West of Oneida; Jamie West (Mario Mozo) of Syracuse; and Candy West of Oneida; a sister, Shirley Mennig of Morrisville; and four grandchildren. She was predeceased by two brothers, Robert and Monty Clark.
In keeping with Sharon’s wishes, there are no services or calling hours.
Arrangements have been entrusted to Burgess & Tedesco Funeral Home, 31 Cedar St., Morrisville, NY.
To order memorial trees or send flowers to the family in memory of Sharon A. West, please visit our flower store.