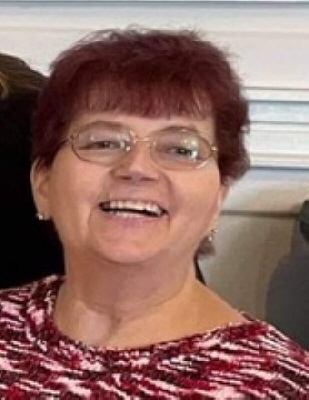 Sharon G. Von Matt, 61 of North Rose, NY formerly of Waterville, NY passed away Sunday, May 16, 2021 at Rochester General Hospital. She was born June 12, 1959 in Utica a daughter of the late Aubrey F. and Jane M. Allen Roberts and graduated from Hamilton High School and SUNY Morrisville, where she studied information processing. On July 8, 1984 at the First United Methodist Church, Waterville she was united in marriage to Jeffrey M. Von Matt. He predeceased her on March 11, 2008. Sharon worked for New York State as a vocational rehabilitation counselor in Utica. She was a member of the First United Methodist Church in Waterville and attended the East Hamilton United Methodist Church. Sharon was a devoted mother, grandmother and enjoyed running her children around to their events and activities and spending time with her grandchildren.
Surviving are her companion, Allyn P. Ginett and close friend James Greene of North Rose; children; Jenny and Christian Woods, Waterville, Shawna and Timothy Beasock of Vernon, Jeffrey M. Von Matt, Jr. of Waterville; her grandchildren, Ja’Quary, Abiri, Jacob, Colton and Madison; two sisters and three brothers in law, Donna and David Smith of New Berlin, Jane and Tom Furner of Hamilton, Barry Brown of Hubbardsville; a brother and two sisters in law, Joseph and Judy Roberts of Norwich and Penny (Jim) Beckert of New Berlin; and several nieces, nephews and cousins. She was predeceased by a brother Frank A. Roberts on January 27, 2011 and sister Kathy Bunting Brown on September 17, 2020.
Funeral service will be held Wednesday, May 19, 2021 at 2 PM from the First United Methodist Church, 401 Tower St., Waterville. Interment will follow in St. Bernard’s. Cemetery, Waterville. Friends are invited and may call Tuesday from 5 to 7 PM at the Burgess & Tedesco Funeral Home, 210 East Main St., Waterville, NY 13480.
Contributions in Sharon’s memory may be made to a trust that was established to benefit her grandchildren, c/o Gregory Von Matt, 210 E. Main St., Waterville, NY 13480
omes.com

To view the live stream of the service or to watch the tribute video, please click the following link: https://my.gather.app/remember/sharon-von-matt
To order memorial trees or send flowers to the family in memory of Sharon G. Von Matt, please visit our flower store.