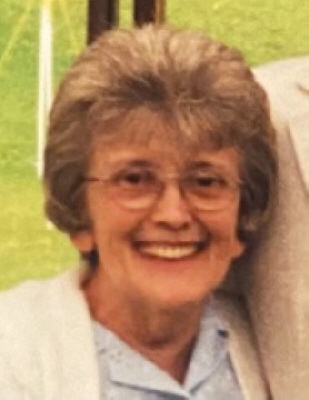 Shirley H. Reeves, 87, of Swamp Rd., Morrisville, NY, passed away Tuesday, December 29, 2020 at her home.
She was born November 21, 1933 in Cuyler, NY, a daughter of Leonard and Hazel Jones. She was a graduate of Manlius High School and later attended cosmetology school. On February 19, 1961, Shirley married Chester D. Reeves in Pompey Center and shared a loving union of 56 years until he predeceased her on February 6, 2017. At one time, Shirley had worked at Daniel’s in Dewitt and had a hairdressing shop in her home. She later worked for Thermold Corp. in Canastota-Manlius for 38 years until retiring in 2005. She enjoyed cooking, reading and playing cards. She was a fan of NASCAR, Syracuse University football and basketball and the Atlanta Braves. At one time, she had been a Powder Puff race car driver. She loved playing lottery scratch-offs.
Surviving are her children, Donna and Lance Suttles of AR; Charlene Reeves, Lisa and John Marris, all of Erieville; Wendy and Lance Leonard of Ravena; Richard Perry, Chester D., II and Penny Reeves, all of Morrisville; 13 grandchildren, 16 great-grandchildren, several nieces, nephews and cousins. She was predeceased by a sister, Betty Hale and two brothers, Howard and David Jones.
Friends are invited to call at the Burgess & Tedesco Funeral Home, 31 Cedar St., Morrisville on Monday, January 4, 2021 from Noon until 2pm. Masks are required for anyone attending.
Services are private and interment will be at the convenience of her family.
Contributions in her memory may be made to the Smithfield Fire Department, PO Box 115, Peterboro, NY 13134 or to S.E.V.A.C., PO Box 1030, Morrisville, NY 13408.
To order memorial trees or send flowers to the family in memory of Shirley H. Reeves, please visit our flower store.