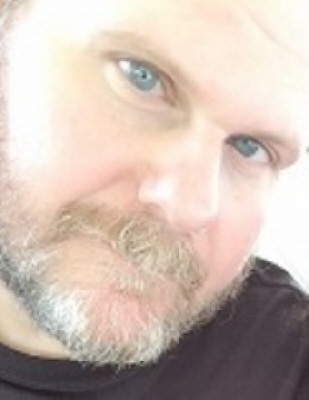 MUNNSVILLE: Steven P. Bartlett, 51, of Pratts Rd., passed away Tuesday, October 6, 2020 at Crouse Hospital in Syracuse after a long illness.
He was born March 3, 1969 in Oneida, a son of Sheldon J. and Beverly Heidel Bartlett. He was a graduate of Stockbridge Valley High School and SUNY, Morrisville.
Steve was raised in a farming family from which he learned a good work ethic that he carried with him throughout his life. He was a talented mechanic and was always tinkering on one project or another. He loved fixing things and trying to figure out how things worked. Steve was an accomplished welder working for Briggs & Stratton for 20 years. He was affectionately referred to as “Bartman” by his coworkers.
Steve was the strong silent type but had a quick wit and was notorious for his corny “dad” jokes. He had a great sense of humor to the delight of his family and friends.
On September 24, 1994, Steven married Christina M. Trivieri at the Pratts Hollow United Methodist Church. Steve and Christina were blessed to have found each other early in life and shared over 30 years of love, friendship and companionship.
Steve was a dedicated father. He was proud of his children, their accomplishments and watching them grow into young adults.
Music was an integral part of Steve’s life. He had an innate ability to hear a song just one time and then was able to play it on his guitar.
In his early years he and his friends formed bands called “Bandit” and “Maddog”. Their musical talents had them playing at local venues.
Steve leaves us all with great memories and feeling blessed to have known him.
Surviving are his wife, Christina; their children, Dustin and Melissa; mother, Beverly Bartlett of Munnsville; mother-in-law Sandra (Nicholas) Visalli of FL; sisters, MaryLou (Craig) Jackson of Munnsville; Catherine (Joe Peha) DeSimone of NC; brothers, Jim (Patti) Bartlett of NC; Dave (Sheila) Bartlett of Munnsville; in-laws, Denise and Poul Moller of Whitesboro; Anthony (Dawn Burke) Trivieri of Whitesboro; Michael (Catherine) Visalli of Whitesboro; Stephen (Brie) Visalli of FL; many aunts, uncles, cousins, nieces and nephews. He was predeceased by his father, Sheldon.
Services are private at the convenience of his family under the direction of Burgess & Tedesco Funeral Home, 31 Cedar St., Morrisville, NY.
Contributions in his memory may be made to the American Liver Foundation, 39 Broadway, Suite 2700, New York NY 10006, or at www.liverfoundation.org
To order memorial trees or send flowers to the family in memory of Steven P. Bartlett, please visit our flower store.