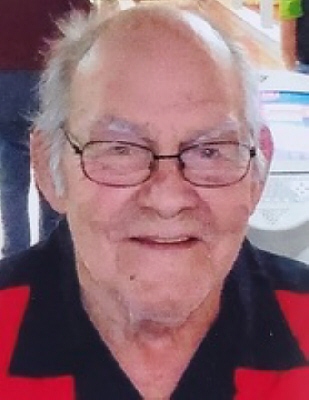 NORWICH: Warren D. Cook, 90, son of Clarence and Nona Cook died peacefully at the Norwich Rehab and Nursing Facility on March 6, 2021.
He was a 1949 graduate of Sherburne Central School and eagerly went back as a PG in September to play one more season of football. In February of 1950 he enlisted in the United States Navy where he served for 20 years including many tours during the Korean Conflict. After he retired from the Navy, he worked for the U.S. Postal Service and was a city carrier in Santa Maria, CA, Syracuse, NY, and Daytona Beach, FL for 23 years. In 1959 Warren married Patricia Cross for a loving, laughing 45-year marriage. Patty died in 2004.
Warren is survived by a son, Kevin of Ft. Myers, Fl; a grandson Kevin Jr. (Katie) and great-granddaughter Sophia of Buffalo, NY. Also, a stepdaughter Debbie Estabillo, Guadalupe, CA; a stepson Eddie Cross, TX; and sister Sharon Crain of Sherburne, NY. He is also survived by many loving friends at Hi-Skor Bowling Lanes in Earlville where Warren wanted to be every day. He is also survived by many well-fed feral cats on Wilcox Road in North Norwich. He was predeceased by a brother V. Wallace Cook of Hot Springs, AK.
There will be no New York State services. Warren and Patty’s remains will be sent to Florida. As a memorial to Warren, be extra kind to your cats and dogs.
Arrangements have been entrusted to Burgess & Tedesco Funeral Home, 10 S. Main Street, Sherburne, NY.
To send a condolence and sign the Book of Memories online go to www.burgessandtedescofuneralhomes.com
To order memorial trees or send flowers to the family in memory of Warren D. Cook, please visit our flower store.