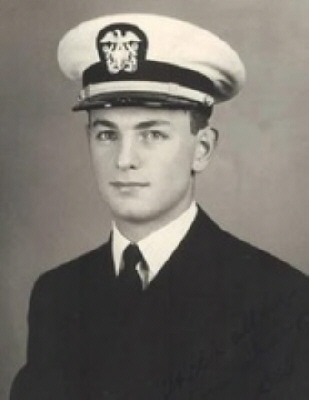 HAMILTON: William E. “Bill” Gallik, 98. of Lebanon St., passed away Tuesday, June 23, 2020 at his home.
He was born March 18, 1922 on the family farm on Osborne Hill in the Town of
Herkimer, a son of Michael and Julia Hoch Gallik, of Lemko-Carpatho-Rus’ heritage. He
graduated high school in 1940, and was accepted into the Industrial Arts program at
Oswego State College. His college education was interrupted in 1943 when he was accepted into the Navy program for officer training at Notre Dame. He graduated as an Ensign. He was assigned to S.C.678, a subchaser, and captained at the young age of 21. After Germany surrendered, he was assigned as Captain on P.C.1238 stationed at Chichi Jima. After being discharged from the Navy, he finished his Bachelors degree, and then earned his Master’s Degree in Industrial Education from the University of Maryland.
On July 12, 1947, Bill married the former Betty L. Reid in Oswego. Moving to Hamilton,
he taught Industrial Arts at Hamilton Central School for three years, and was their first
Drivers Education instructor. Later, he worked at Bendix Aviation Corp in Utica for the
next 30 years as a senior design engineer until retiring in 1982.
Surviving are his loving wife of over 72 years, Betty; two daughters, Carol Ann Gallik-
Karlson (David) of Juliette, GA; Donna Gallik Dillman of Herkimer; a son, Wayne (Jayne) Gallik of Dandridge, TN; 7 grandchildren, Michael, Van Sarah, Sam, William,
Dan, and Hannah, and 5 great-grandchildren; several nieces, nephews and cousins. He
was predeceased by his siblings, Dimitri Gallik, Olga Hubiak, Julie O’Connell, Michael
Gallik, Anne Thwaits and Daniel Gallik.
He enjoyed camping with the family, hiking and bow hunting in the woods, and had the
innate ability for innovative repair. He was a generous and caring man. He strongly
believed that family was his most important legacy.
A graveside service in the Woodlawn Cemetery and celebration of Bill’s life will be held
in Hamilton at a later date.
Contributions in his memory may be made to the Fountain Fire Co. #1, 121 Lebanon
St., Hamilton, NY 13346; the Hamilton Lions Club; or to the Disabled American Veterans (DAV), at www.secure.dav.org.
Arrangements have been entrusted to Burgess & Tedesco Funeral Home, 25 Broad St.,
Hamilton, NY.
To order memorial trees or send flowers to the family in memory of William E. Gallik, please visit our flower store.