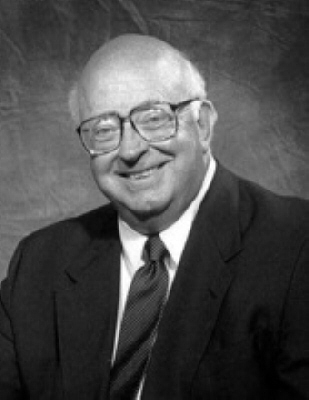 HAMILTON: William J. (Bill) Oostenink, Professor of Biology Emeritus at Colgate University, passed away at Community Memorial Hospital in Hamilton on Sunday, September 6, 2020. He was 85. He came to Hamilton in 1965 having received an appointment as an Assistant Professor in the Department of Biology at Colgate where he taught for 32 years. He had previously taught at Hope College in Holland, Michigan and the University of Iowa the institution from which he also received his doctoral (PhD) degree.
He graduated from Calvin College in 1956 with majors in Music and Natural Sciences both fields in which he maintained strong interests throughout his life. He received M.S. and doctoral (PhD) degrees from the University of Iowa where he was trained as an Experimental Plant Morphologist in that Institution’s Department of Botany. Combining microscopy, genetics and plant anatomy/physiology, an EPM seeks to describe how plant organs develop their mature form and function and to study how the many steps in those developmental processes are directed and controlled by the interaction of environmental and genetic factors. He was especially interested in apical meristems (the growing point(s) found at the apex of every stem) which, under certain conditions, stop making leaves and increasing stem length and, instead, begin to produce flowers. His research and publications dealt with this phenomenon especially as it occurs in the plant family Caryophyllaceae.
He had a great love for teaching and reveled in his interactions with students. During his time at Colgate he taught courses in Introductory Plant Science, Plant Anatomy, Plant Physiology, Genetics and Electron Microscopy/Cellular Ultrastructure as well as contributing lectures in the Department’s Introduction to Biology and the University’s General Education programs. He was also Colgate’s first Dean of Freshman, directed the Colgate Family Summer Program and taught in and directed the IBM sponsored Colgate/IBM Summer Institute for Middle Management Executives as well as the National Science Foundation sponsored Summer Institute for Junior High School Teachers of General Science. He served as the University Marshal for 25 years.
His booming baritone voice, well known on campus, which helped make him a popular lecturer also led to his becoming the Voice of Colgate Football and the voice behind the telephone greetings used by several campus departments and, for a time, the University itself. In retirement, his voice was heard on radio station WCNY-FM (Classic FM) in Syracuse where he served as a volunteer Announcer/Producer for almost 12 years. He was an avid singer, providing music for countless church services, weddings and funerals throughout central New York and as the bass soloist for several well-known oratorios and requiem masses presented by choral groups throughout the Central New York area. He also enjoyed rolls in a number of the area’s Musical Theater productions (Oklahoma, Guys and Dolls, My Fair Lady, Sound of Music, and Kiss Me Kate, among others).
He loved the Hamilton Community and contributed to life there by serving on the Hamilton Central School Board, Hamilton Public Library Board and the Internal Review Board of Community Memorial Hospital. A 50-year member of Hamilton Lodge #120 Free and Accepted Masons, he served the Craft as Master and as District Deputy Grand Master of the Cortland-Madison District in 1974-75.
He is survived by his wife Gretchen, a son Chris (Carita) of Lakeville, CT., two granddaughters, Annika and Eden, a sister, Garneth of Sioux City, IA., and many friends. He was preceded in death by his parents, Gerrit and Hattie Oostenink of Hull, IA., and by three sisters, Bonnie Geels of Sheldon, IA., Lorraine Oostenink of Sioux City, IA., and Verna Bouma of Grand Rapids, MI.
Interment in the Colgate Cemetery is private.
Arrangements have been entrusted to Burgess & Tedesco Funeral Home, 25 Broad St., Hamilton, NY
To order memorial trees or send flowers to the family in memory of William J. Oostenink, please visit our flower store.