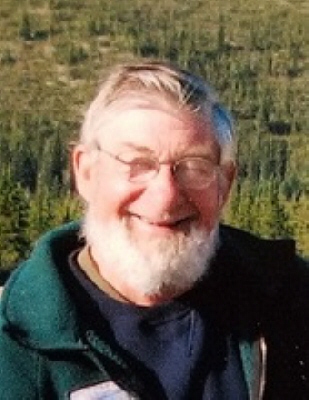 : William “Bill” Kablack, 79, of Hill Road, Hamilton, NY, passed away Saturday, August 5, 2017 at his home with Hospice guiding the family with love and care.
He was born January 30, 1938 in Yonkers, NY a son of Michael and Mary Pawluk Kablack. He received his early education in local schools and graduated from SUNY Agricultural and Technical College in Farmingdale, LI. On April 11, 1959, Bill married Sue Wilson in Jamaica, NY. Bill had been a farmer in Perth NY, and a school bus driver for the Perth school system, Manager of the Beacon Milling Co. in Fulltonville NY, and for 30 years, he worked for the USDA Farm Service Agency as the County Executive Director for Madison County until retiring from the Morrisville office in 1999.
Bill was a member and deacon of the Randallsville New Life Church. He was active in his community as a member of the Smithfield Fire Department; treasurer of the fire district; a member and on the Board of Directors of SEVAC. Bill was also a founding member of the Madison County Search and Rescue. He and Sue were foster parents to 22 children; they volunteered at the Rescue Mission in Utica; were active in their Christian ministry, Servants on Wheels Ever Ready (SOWER); and volunteered for Harvest Hands Ministries which operates a Children’s Shelter in Mexico. He loved to minister and serve there. Bill loved the outdoors and enjoyed hiking and camping. He was a dedicated servant always ready to lend a helping hand, building porches, repairing tractors, or anywhere there was a need.
Surviving are his wife, Sue; children, William Kablack, Jr. and his loving companion, Cheryl Driscoll of Canandaigua; Amy and Gary Roberts of Syracuse; Martin Kelemen of S. Arlington, NJ; Patrice and Stephen Puddington of Beaver Falls, NY; Jonbarry and Pamela Kablack of Middle Village, NY; Alison and Erik Jacobsen of Las Vegas, NV; sister and brother-in-law, Maryanne and Thomas McPoil of Arvada, CO; brother, Michael Kablack of MA; 13 grandchildren, 2 great-grandchildren, several nieces and nephews.
Friends are invited to call at the Randallsville New Life Church in Randallsville NY on Saturday, August 12, 2017 from 10am until noon, followed immediately by a Celebration of his life at noon.
Interment will be private at the convenience of the family.
In lieu of flowers, contributions in his memory may be made to the Benevolence Fund of Randallsville New Life Church, 1528 River Road, Hamilton, NY 13346
Arrangements have been entrusted to Burgess & Tedesco Funeral Home, 25 Broad St., Hamilton, NY.

To order memorial trees or send flowers to the family in memory of William Kablack, please visit our flower store.